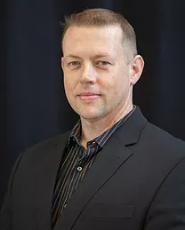 Tim Cowart has performed nationally and internationally as a company member of the Lewitzky Dance Company, The Pittsburgh Dance Alloy, and with Impact Production’s “Dayuma” and the “Masterpiece.” He has also performed with Elizabeth Streb/ Ringside, The David Dorfman Dance Company, Minh Tran and Company, and The Dance Theatre of Oregon. Cowart has taught in the dance programs at Western Oregon University, Lane Community College and at the University of Oregon and served as the Chair of the dance department at DeSales University for 14 years He currently serves as head of dance at Western Oregon University.
He trained under Alito Alessi and has a teaching certification DanceAbility work. He also holds a certification in Stott Pilates. Since 1997 he has been performing with Co-Art Dance a contemporary dance company he co-founded with his wife Corrie. 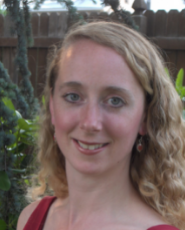 Corrie Cowart teaches ballet, modern, and choreography classes at Western. S She Studied Dance and Choreography at Cornish College of the Arts and the University of Oregon 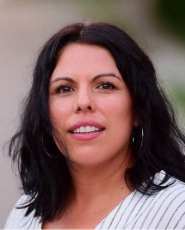 Cynthia Gutierrez-Garner is a choreographer and dance educator committed to inclusion, representation and social consciousness in both pedagogy and creative practice.

She received her B.F.A. at the University of Minnesota, and her M.F.A. as an Advanced Opportunity Fellow at the University of Wisconsin Milwaukee’s Peck School of the Arts.  She has served as the Choreographer in Residence for the Minnesota Dance Theater, under the direction of Lise Houlton, and is a four- time winner of the Arizona Choreography Competition’s Professional Division.  Original works by Gutierrez-Garner have been commissioned by numerous colleges and universities across the U.S. including Kent State University, University of Minnesota, Arizona State University, Gustavus Adolphus College, University of Oregon, University of Wisconsin, Middle Tennessee State University, University of Texas Rio Grande and the American University. Additionally she has enjoyed commissions by professional companies including the Minnesota Dance Theater, Dulce Dance Company, Eclectic Edge Ensemble, Zenon Dance Company and JazzAntiqua.  Gutierrez-Garner’s work has seen support from organizations such as the Jerome Foundation, the McKnight Foundation, the Walker Art Center, and the Arizona Commission on the Arts. She has taught on the dance faculties of the University of Minnesota, Twin Cities and Gustavus Adolphus College, among others, as well as the prestigious Bates Dance Festival in Lewiston, Maine and as a guest faculty at Xuchang University in China. She currently serves on the faculty of Western Oregon University and is the Artistic Director of Company Movimiento, based in Eugene, OR. 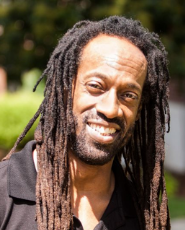 Darryl Thomas is a Professor of Dance at Western Oregon University where he teaches composition, jazz dance, contemporary partnering and modern technique.

As Co-Artistic Director of Rainbow Dance Theatre, Darryl has performed and choreographed in Bermuda, England, Denmark, Dominican Republic, France, Germany, Italy, Japan, Korea, Mexico and throughout the United States including Hawaii and Alaska. In 1993 he received the Hawaii State Dance Council Award for choreography. A former dancer and artistic collaborator in the world-renowned Pilobolus Dance Theatre, Darryl’s performing credits include the 1996 Centennial Olympics in Atlanta, Georgia, and the PBS televised special for the 25th Anniversary of the John F. Kennedy Center in Washington, DC for which he received an EMMY. Most recently he performed at the 5th Annual Contemporary Dance Festival in Mexico City, D.F. In Summer 1999 Darryl taught contemporary partnering Kalani Honua in Hilo, Hawaii. In addition he received a commission to choreograph a new work for Nemian Contemporary Dance Company in Mexico City, D.F. In both the Summer 2000 & 2001 he was the artist in residence for the Santa Fe Dance Institute held in Gainesville, Florida. Darryl’s teaching appointments include visiting professor at the University of Florida in Gainesville, Florida and Pusan National University in Pusan, South Korea and as guest instructor at the Centro Nacional des Bellas Artes of Mexico City, D.F. and Studio Dance Tanz in Osaka, Japan. Darryl received his Masters of Fine Arts in performance and choreography from the University of Hawaii. In February 2002 Darryl was honored with the Living Legend Award given by Willamette University for his artistic contributions within the Willamette Valley. 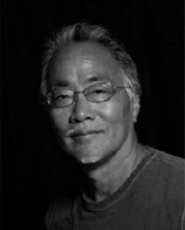 Les Watanabe is a NTT Assistant Professor at Western Oregon University, where he teaches Ballet, Modern and Dance Seminar. Les Watanabe received his B.F.A in dance from California Institute of the Arts and his M.F.A. from UC Irvine as a Chancellor’s Fellow.

He has been Artist in Residence at: University of Oregon, University of California-Irvine, University of Arizona, University of Maryland, Portland State University, Theater An Der Wien in Vienna, Austria and the Rotterdam Academy in the Netherlands. Les has also taught master classes at dance festivals in France, Austria, The Netherlands, German and Spain. In addition to his expansive career as a dance educator, Mr. Watanabe has had an illustrious career as a performer. He performed as soloist for such companies as: Donald McKayle’s Inner City Repertory Company, Lar Lubovitch Dance Company, Joyce Trisler’s Danscompany, Alvin Ailey II, Burch Mann Folk Ballet, Sachiyo Ito Japanese Dance Company, L.A. Jazz, and with Peter Goss Dance Company in Paris, France. Performances in theater and television include: Hal Prince and Stephen Sondheim’s Broadway production of Pacific Overtures, The Who’s Tommy, Leonard Bernstein’s Mass, Alvin Ailey Presents Duke Ellington CBS special , the Bill Cosby Shows, Academy Awards, Emmy Awards, French variety television and a national tour with Rita Moreno’s (‘Westside Story’) The Act. As a choreographer, Mr. Watanabe is known for his eclectic and stylistic dynamism. Luna which he set for Djazzex in the Netherlands was nominated for the American Choreographers Award and toured Europe for 1 year. Cantes de Ida y Vuelta (a dance illustrating Creolization of cultures in the New World) was showcased for Univ. of California, Irvine and the Lester Horton Festival in Los Angeles. His theatrical credits include: Pajama Game, Blood Wedding, Company, Journey, Rhinocerous (Pacific Conservatory of the Performing Arts), Midsummer Night’s Dream, Guys and Dolls, Beethoven n’ Pierott (Denver Center Theatre Company); Judy Garland (St. Pölten Stadt Theater in Austria); Gift of the Magi (Cleveland Playhouse). 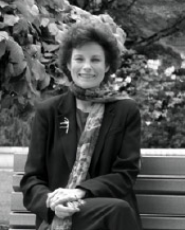 Marita Cardinal teaches courses for both the Division of Health and Physical Education and the Department of Dance in the areas of dance, exercise/fitness, and elementary physical education teacher education and dancer wellness, conditioning, and kinesiology.

She grew up studying ballet and as an adult expanded her repertoire to include a variety of dance genres. In the 1980s, she performed in a variety of dance and musical theatre venues, including a Department of Defense Southeast Asia tour of the production, Godspell and a dance company in the Baltimore, MD area. She has taught dance to children through adults in private schools of dance, recreation centers, child-care centers, and after-school programs. At the university level, she has choreographed, directed a jazz dance company, and taught courses in a wide range of dance techniques. She received her bachelors and master’s degrees from Eastern Washington University and her doctoral degree from Temple University and previously served as a faculty member at Wayne State University. Her research has focused on curricular models for dance wellness education, conditioning programs for dancers, creative movement integration in elementary classrooms, and strategies for health and physical activity behavior change. Her publications can be found in the Journal of Dance Medicine and Science; Medical Problems of Performing Artists; IMPULSE: the International Journal of Dance Science, Medicine, and Education; Kinesiology and Medicine for Dance; Research Quarterly for Exercise and Sport; Medicine and Science in Sports and Exercise; and the Journal of Physical Education, Recreation, and Dance, among others. She has given over 56 presentations at the national and international levels, including invited lectures in dance wellness and dance education in South Korea in 1995, 2007, 2009, and 2014. She was a Visiting Scholar in Dance Science at the Hong Kong Academy for Performing Arts in 2009 and was a keynote presenter at a 5-day dance workshop in Bangkok, Thailand in 2014. She served on the Board of Directors for the National Dance Association and the Research Consortium of the American Alliance for Health, Physical Education, Recreation, and Dance, and on the Editorial Board for the Journal of Dance Education. She received the Mario & Alma Pastega Award for Excellence in Scholarship and Faculty Academic Advisor of the Year Award at Western Oregon University in 2008 and the National Dance Association Scholar/Artist Award in 2009. 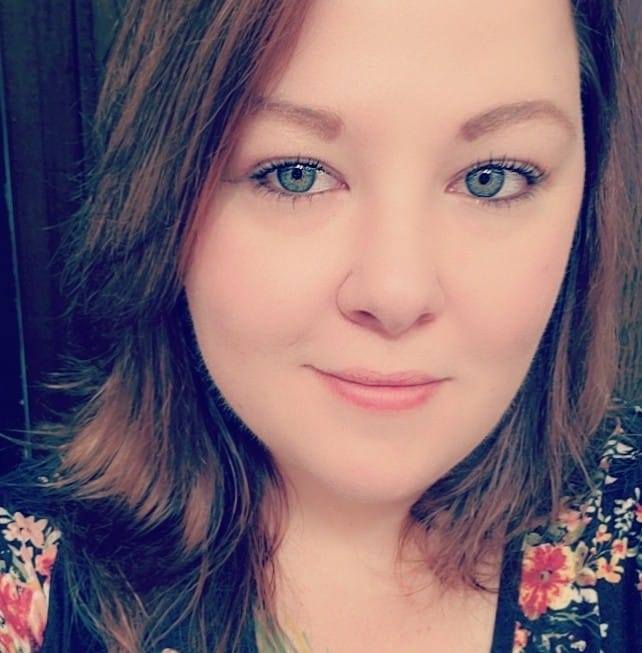 A native to Vancouver Island, BC, received her Bachelors and Masters of Music from Western Oregon University, specializing in classical piano performance. 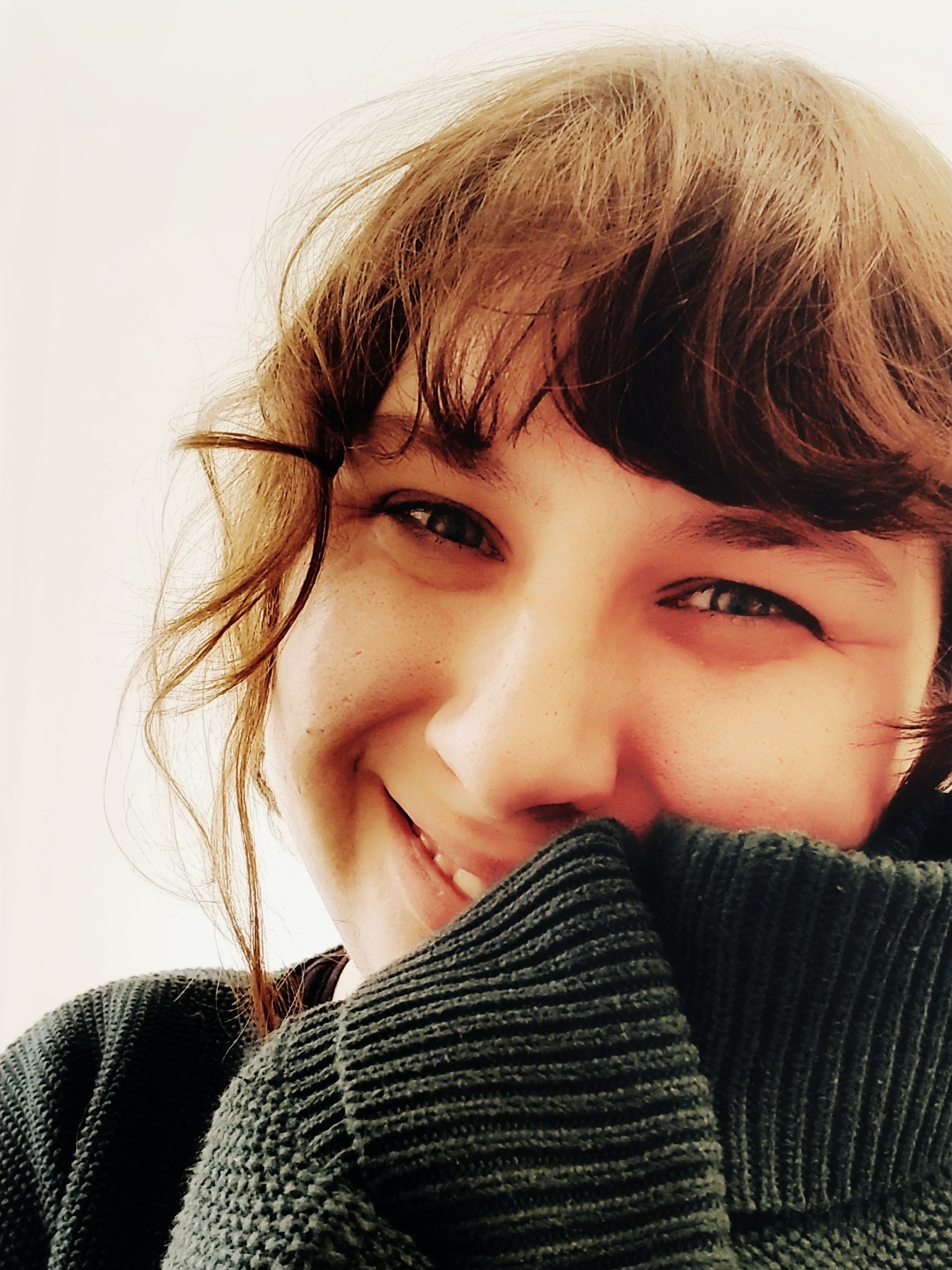 Laura Killip is an Office Coordinator for the CAD at WOU. She strives to make students feel at home and organizes marketing for the theatre department