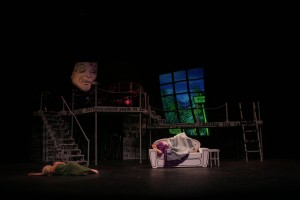 Studio Productions: The department produces up to three studio productions each year, both faculty and student directed. The number of productions is dependent on the number of student directors available in any given year. Students who qualify (i.e., who complete the directing sequence with high grades) may be invited to direct in the studio during the following year. 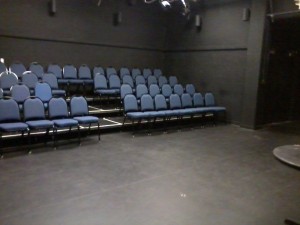 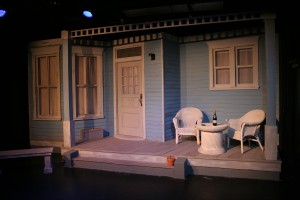 Above are pictures of WOU’s Black Box Theatre as a classroom and as a performance space (“Proof” 2012).