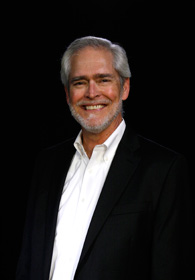 Kent Neely, Professor (RA 106, 838-9253, neelyk@wou.edu): Kent earned a BA in Speech/Drama at Oklahoma City University and an MA and PhD in Theatre at Wayne State University where he and his wife were members of the Hilberry Repertory Theatre. He was on the theatre arts faculty at the University of Minnesota where he was Managing Director of the University Theatre and Director of the MA/PhD program. While at Minnesota, he oversaw the managerial responsibilities for over 270 theatre productions across five different venues. Kent’s scholarly work about experimental theatre of the 1990’s and historical subjects has appeared in Theatre Journal, Text and Presentation, Theatre History Studies, The Journal of Dramatic Theory and Criticism and High Performance. He has also published on theatrical management issues in Fund Raising Management, Theatre Topics and Theatre Design and Technology. From 1992 until 1998, he served as Editor for “PRAXIS: The Performance Study and Review Section” of The Journal of Dramatic Theory and Criticism. He made scholarly presentations at numerous regional and national conferences and has served as an officer for various organizations including the Association for Theatre in Higher Education, the Mid-America Theatre Conference and the National Association of Schools of Theatre. Kent was Chair of Theatre and Dance at Boise State University before entering university administration full time. Thereafter, he was Dean of Arts and Sciences at Southern Illinois University Edwardsville and then Provost and Vice President for Academic Affairs at Western Oregon University. One of his most valued accomplishments was producing, with his wife and three other friends, a traveling children’s theatre for inner-city youth in Detroit while in graduate school.