Leaving London is so bitter sweet for me. On one hand I’m devastated to be leaving such a beautiful country, but I’m really excited to go home and see my family and friends! I also have to admit I’m looking forward to getting back to work! I’ve felt like such a lazy bum not working for so long! In a perfect world everyone I loved would just move to England. However, that’s not really reasonable. So it’s cheers to England for now, but i know I’ll be coming back.

This past week I actually ended up running into Richard Armitage and Martin Freeman from The Hobbit movies. It was really cool; I actually met Richard, and  just saw Martin in passing while he was getting into his car. I’ve never met a famous actor before so it was a really cool moment. I also went to the Beatles studio and walked across Abbey Road. I feel like the luckiest girl in the world! I love London and all the opportunities I’ve gotten here! 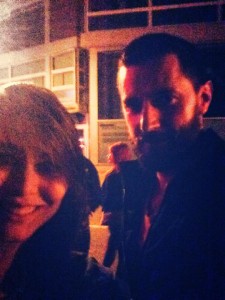 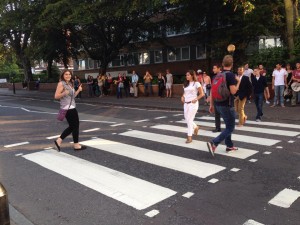 I took a weekend trip over to Paris this week. It was only a two hour train ride which was a lot shorter that I thought. I was really worried about the language barrier because I don’t know any French. However to my relief the general population of Paris knows at least some English, so I was able to communicate just fine. While in Paris I mostly just stuck to the basic tourist things. I saw the Mona Lisa and Van Gogh’s paintings, I also went to Notre Dame and the top of the Eiffel Tower. Visiting the Catacombs ended up being my favorite part of the trip. The decent down and the trek through the tunnels was a bit scary, but it was also really fascinating. It’s crazy to think under this big city are the bones of so many unfortunate souls! The only down side of the trip  was that the city is actually pretty dirty and smelly. There is also tons of sketchy pick-pockets roaming the streets. (My metro card was actually stolen!) It was nice to see Paris but I was so glad to come back to London. 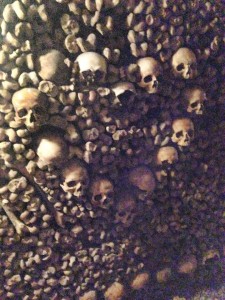 Bones in the Catacombs 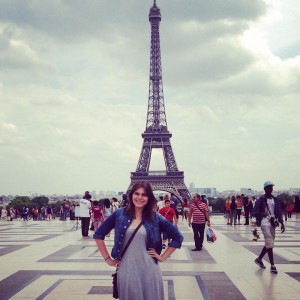 It’s so hard to find time to post a blog when your so busy enjoying the city!

London is stunning and so far I’m having a great time. The bus and Tube system were easier to navigate than I thought they’d be, so I’ve gotten around to a lot of great places. Buckingham Palace, and the Tower of London were some of my favorites so far. Also all they parks here are fabulous, I could get lost in them for hours and be perfectly happy. With my class I’ve gone to see some shows, which of course were fantastic. This weekend I’m going to see Wicked with some classmates and I am beyond excited. I was worried I over packed, which I definitely did. However, with so many extra clothes I don’t have to fuss about with laundry! Yesterday I found out ranch dressing, or dip, isn’t a thing here. I guess it’s not normally available. Which is so odd to me, and kind of sucks because I put ranch on everything! Also there are no public water fountains anywhere, and that’s lame when you thirsty whilst out and about town. 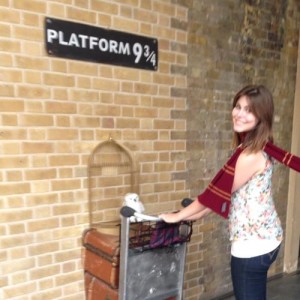 The line for this was a bit ridiculous! 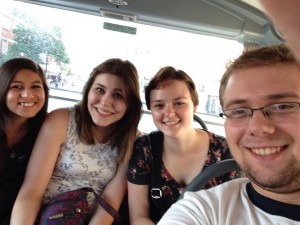 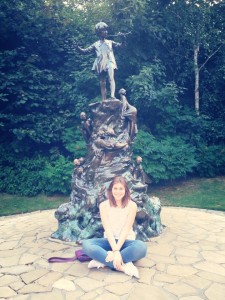 Peter Pan statue in the park 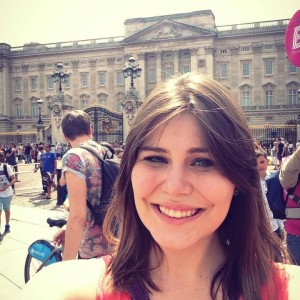 The weather has been very warm, I’m hoping it will get cooler soon! I cant wait for more adventures to come!

Well I finally made it here!

The trip over was an adventure; the first plane we rode up to Vancouver was the smallest I’ve ever been in. The Vancouver airport was really pretty! 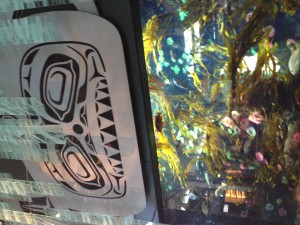 Fish tank in the airport

We almost missed our boarding, because we were out getting french fries. Once we got on the big jet we had dinner and I watched American Hustle. (good film). Oh, and ate some airplane food. I was so tired but I couldn’t fall asleep, planes are just way too uncomfortable. 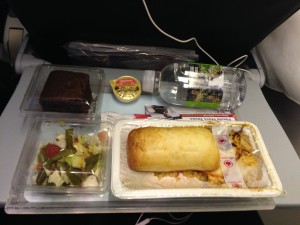 When we got into the London airport we almost didn’t make it past passport control! talk about a scary encounter. When we finally got through I found myself very calm. In fact I still am. I think that must be a side effect from the jet lag, I’m in London I should be bouncing for joy!

I did go on a vary quick walking tour and attempted to get a sense of direction. We do a lot of walking, so I’m definitely going to be in great shape by the end of the trip! 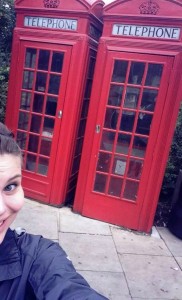 Tomorrow we go into the heart of the city to do some sightseeing and I am very much looking forward to it!

After finals week time has really flown by for me! Only 6 days until its goodbye USA! I have been extremely busy and haven’t had time for an intro post, so I’ll just put that in with my pre-departure now!

First of all my name is Courtney Fennimore and I’m studying Elementary Education at WOU. I want to teach fourth or fifth grade. I just recently turned 21 so that’s pretty exciting!  I’m currently working two jobs; I’m floor associate at Kohl’s and a part time nanny.  The picture below are of my Dad, younger brother and I, the other is me and some of my best friends on Halloween! 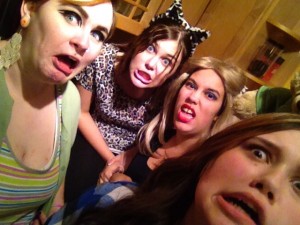 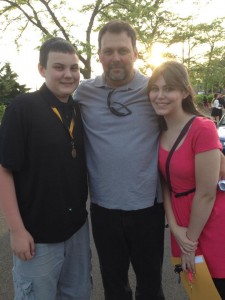 Why do I want to go to London? Well, I have been dreaming of going since I was little. I think it all started because I wanted to be a princess and I was convinced that one day I’d meet Prince William and we’d get married. (A dream I grew out of as I got older!)  I’ve also always been a musical person and the British music scene is probably the best in the world. My favorite bands and artists are: Ed Sheeran, The 1975, Arctic Monkeys, The Beatles, One Direction (seriously they’re adorable), and Mumford and Sons. Of course they all happen to come from across the pond!  Also I feel like I should mention I watch a lot of Doctor Who, so that really feeds into my love of all things English. 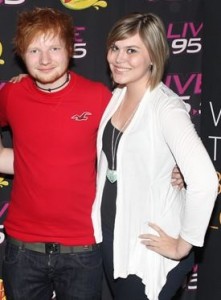 (I met Ed 2 years ago and it’s probably the greatest moment in my life so far. Go listen to him if you haven’t, seriously).

I have always had the desire for adventure and to explore new places so when this opportunity came up there is no way in the world I was going to let it pass me by!

For some reason I keep thinking there won’t be much of a cultural difference. Yes they have accents and call stuuf different names, but I think at the core British and American people are pretty similar. Of course once I’m over there I’ll be able to see if i’m right. I am a little weary about using The Tube I’ve only traveled in the Western US so I have never used any kind of subway system! Just looking at that map is a little overwhelming.  I’m hoping it’ll be as easy as they say, or that someone will be around to help me out! 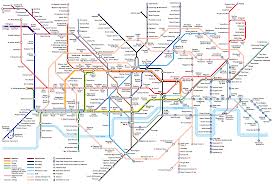 Right now I’m not nervous at all, I’m actually really calm. I’ve been so busy with work, family, and my classes assignment I don’t think I have really had time to let the fact that I’m going really sink in. I’m sure once I get on the plane it will finally hit me!