It’s time to be entertained and relax. To contemplate, take in a sense of awe, disbelief, sadness. Laugh! To feel is to be human. This season, Smith Fine Arts Series presents a striking lineup of performers. Six incredibly varied shows with music and dance that will move you. We offer voices harkening back to earlier times as well as modern layered sound, kinetic silhouettes, Afro-Latin Tropicalia, and Rootsy Americana. Now all we need is you.

We hear it all the time: SFAS audiences bring the kind of energy that makes these amazing performers want to give it their all. Join us for our 2022-23 Season as we experience together – and in our own way – the potential and emotion of live performing arts. 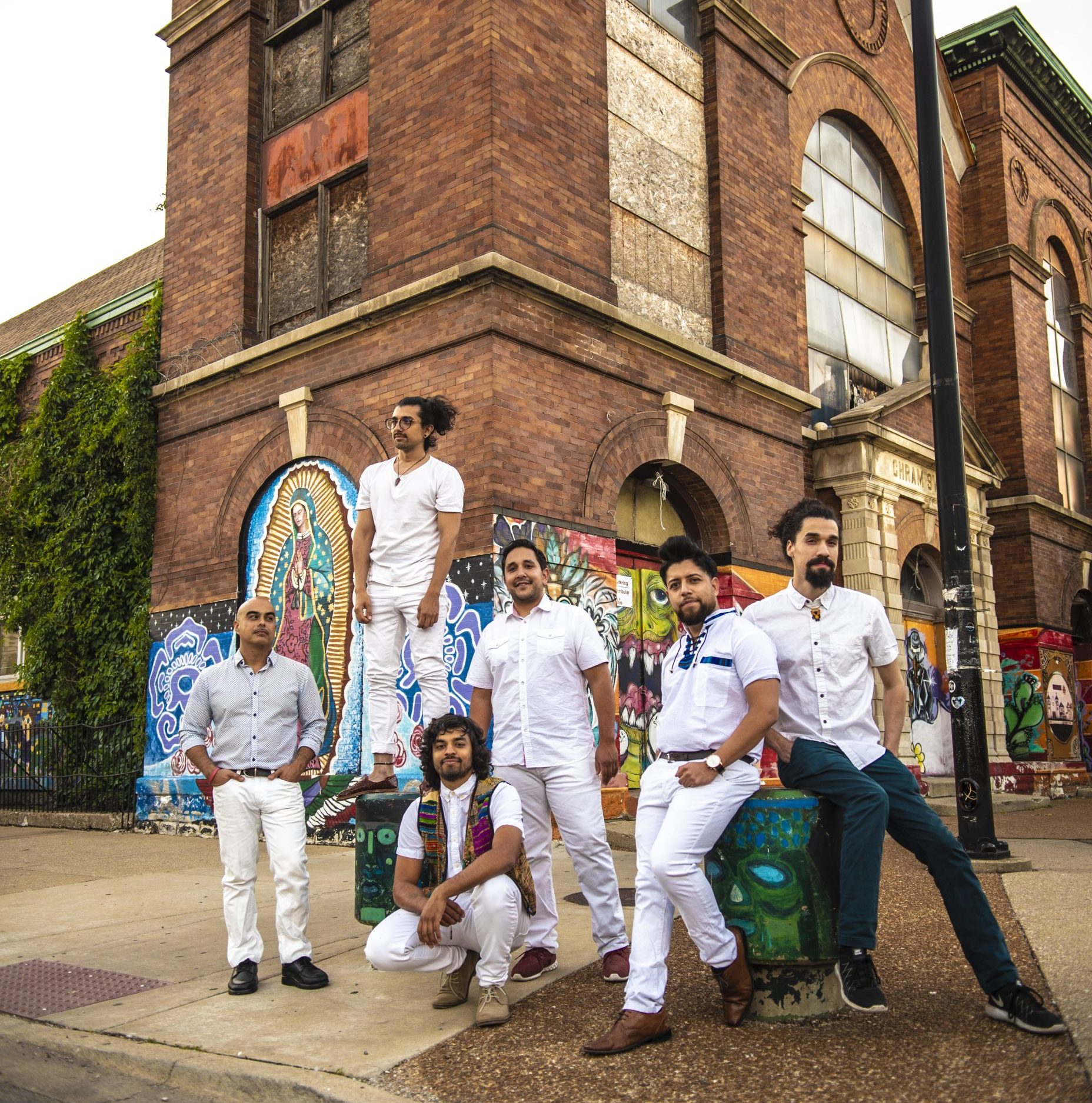 QUITAPENAS, one word – all caps, four syllables – all claps, gives you a taste of their rhythmic contagion. This tropical Afro-Latin combo was born under the warm California sun in 2011. They borrow aesthetics from the radical 60s, 70s and 80s. Each song echoes a remix of history and invites one to engage in the liberating evenings of Angola, Peru, Colombia, Brazil and beyond. The name means “to remove worries.” Everybody has a “pena” and the mission of QUITAPENAS is simple: to make you dance and leave you worriless.

Made up of first-generation sons of immigrant parents from Guatemala and Mexico, this high-energy band serves up plenty of fun onstage. Their instrumental compositions are complex yet familiar and pay tribute to a variety of indigenous cultures.

“A hot dance party from start to finish, with a guitar virtuoso, harmonized chants and a very sunny sound…” – Rock NYC 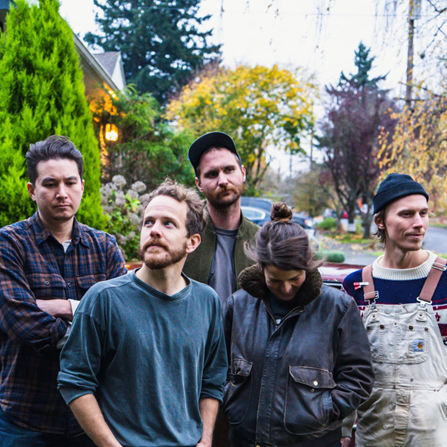 Typhoon is known for emotionally acute lyricism and cinematic, orchestral arrangements. Over the course of six stunning full-length albums, the band has garnered praise from widespread tastemakers including NPR, Billboard, American Songwriter, Clash, and People. Typhoon has toured with the likes of Portugal. The Man, Explosions in the Sky, The Decemberists, Belle and Sebastian, and The Shins, and appeared on the Late Show with David Letterman.

Typhoon fuses symphonic grandeur with the homespun intimacy of indie rock. Its driving force is front man Kyle Morton; his fellow instrumentalists combine violins, horns, percussion and more into a melodious panoply of sound that is as awe-inspiring as it is heartbreaking. 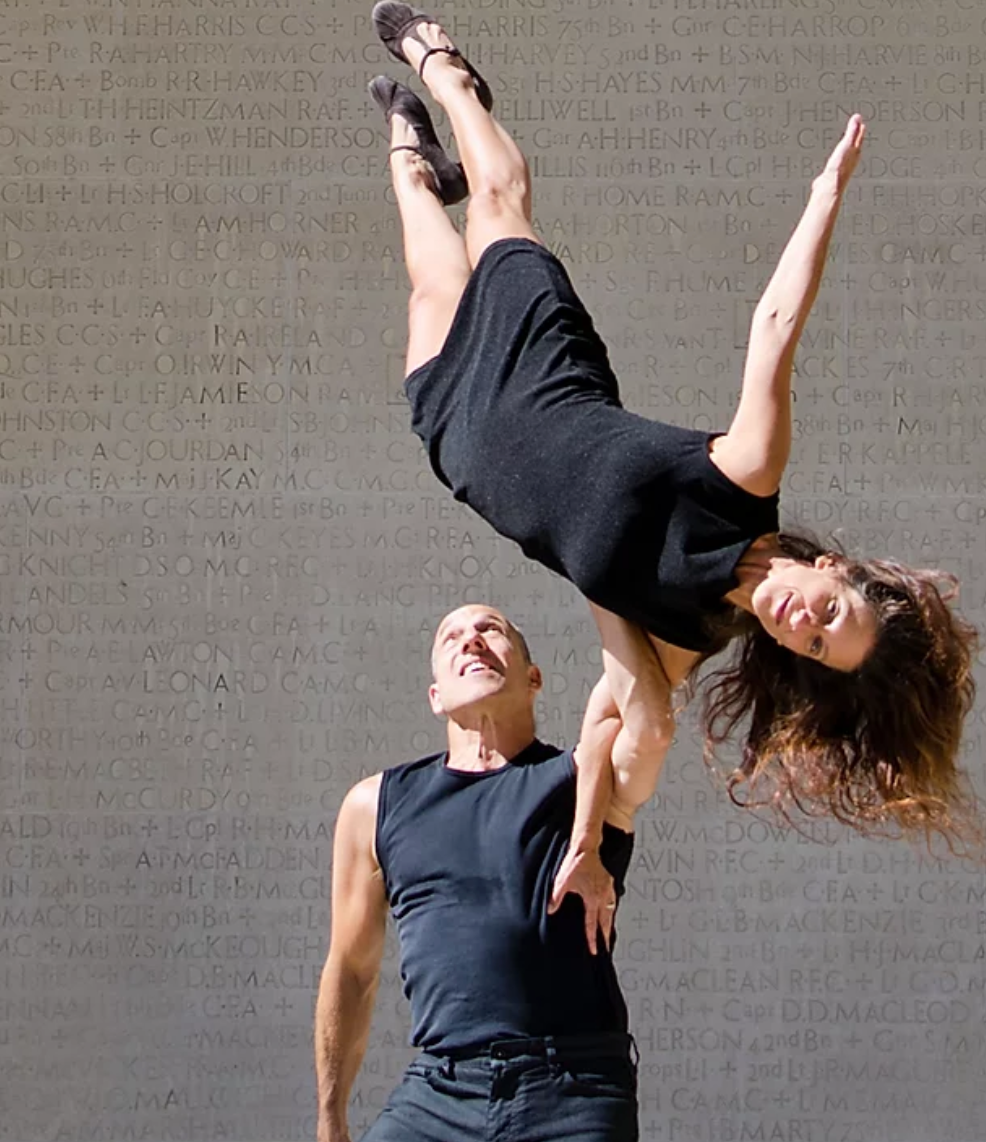 Kaeja d’Dance continuously pushes the edges of dance creation, challenging the perception of what dance is and who dance is for. Hailing from Toronto, Canada, this critically acclaimed contemporary modern dance company has performed across the US, Canada, Europe, Asia, Central and South America. Kaeja d’Dance is the brainchild of Allen and Karen Kaeja, whose work is unpredictable, kinetic, flight infused, personal and touching, as only a couple who’ve been together for more than 40 years can ignite. This performance will include a mixed selection of work from their repertory, including a collaborative dance exchange performance featuring local dancers.

“They’ve been called a ‘power couple,’ ‘go-getters’ and ‘the coolest couple on the dance scene.’ But no phrase quite encompasses the extraordinary range of ways in which the Kaejas engage with dance and each other.” –Michael Crabb, Toronto Star 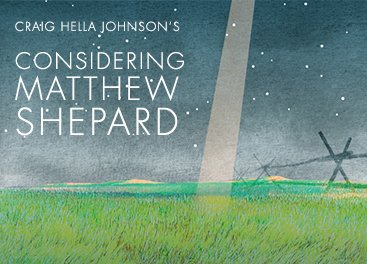 Considering Matthew Shepard, a Grammy-nominated, three-part fusion oratorio by Craig Hella Johnson, was written as a musical response to the murder of Matthew Shepard. The piece incorporates many different musical styles, texts, interviews, newspaper articles, and even notes from Matt’s journal.

In October 1998, Matthew Shepard was kidnapped, beaten, and left to die in Laramie, Wyoming. A most brutal act of violence, it is known as one of America’s most egregious anti-gay hate crimes. As we approach the 25th anniversary of this tragedy, the Western Oregon University Choirs, along with the Chemeketa Community College Choirs and members of the community in cooperation with the Western Oregon Theatre Department, will present this Oratorio as part of a two-week commemoration of the story and legacy of Matthew Shepard that honors the experiences of all LGBTQIA+ youth.

Your ticket for Considering Matthew Shepard includes admission to The Laramie Project, a deeply moving theatrical experience constructed by Moisés Kaufman and fellow members of the Tectonic Theater Project from more than 200 interviews with the people of Laramie. The play is a breathtaking collage that explores the depths to which humanity can sink and the heights of compassion of which we are capable. Performances dates in Rice Auditorium:  Mar 2, 4, 8, 9 and 10 at 7:30 PM and Mar 5 at 2:00 pm. 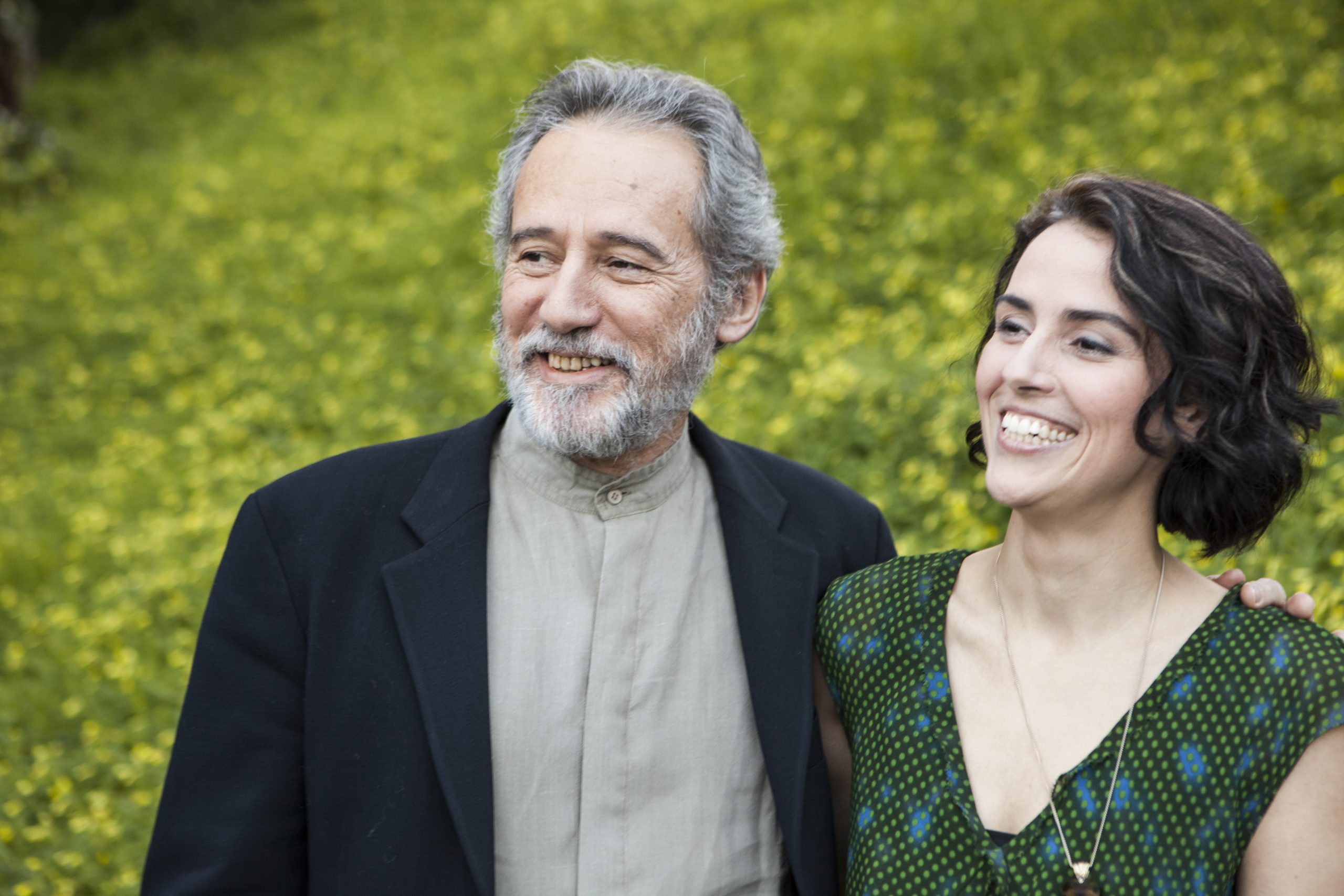 Known as part of “Brazil’s First Family of Music”, Sérgio and Clarice Assad are a captivating father-daughter combination. The elder is a legendary guitarist, his daughter a GRAMMY-nominated vocalist, composer, and pianist. Together they bring Brazilian jazz vocals, Bossa Nova, and Samba to life. The Assads toured for over a decade in such prestigious venues as the Metropolitan Museum in New York, the Palais de Beaux Arts in Belgium, and Le Casino de Paris in Paris. The duo has since traveled extensively in the US and recorded two albums, most recently a collaboration with Third Coast Percussion. Clarice and Sérgio share their timeless passion for musical composition and performance, together reimagining old classics and creating new works as a collaborative team. The family essence is ever present, wrapped in the warmth and intricacies of ancestry and connection.

“Clarice constantly captivates, whether singing in Portuguese, delivering wordless vocals, or taking to the piano bench, and Sérgio, likewise, manages to seduce with his every gesture on guitar.” –www.allaboutjazz.com 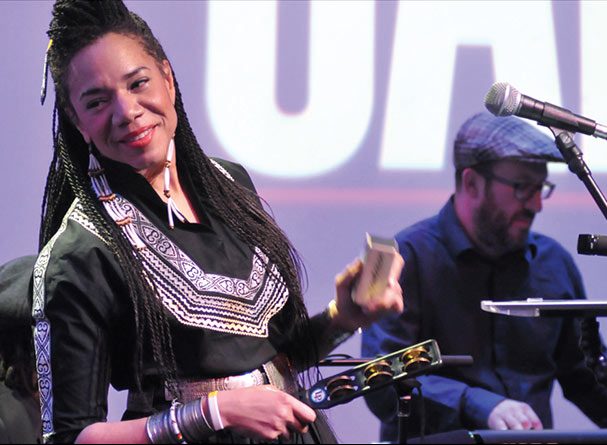 Martha Redbone is a Native and African American vocalist, songwriter, composer, and educator. She is known for her unique gumbo of folk, blues, and gospel from her childhood in Harland County, Kentucky, infused with the electric grit of pre-gentrified Brooklyn. Inheriting the powerful vocal range of her gospel-singing African American father and the resilient spirit of her mother’s Cherokee/Shawnee/Choctaw culture, Redbone broadens the boundaries of American Roots music. Over the years, Redbone has performed and recorded with many great artists including Bonnie Raitt, George Clinton, Judy Collins, Steven Van Zandt, Nona Hendryx, and John McEuen of the Nitty Gritty Dirt Band. Martha Redbone will perform with her Roots Project as a quartet.

“A brilliant collision of cultures.” -The New Yorker