c Office of the President – Get to Know the University President

Office of the President 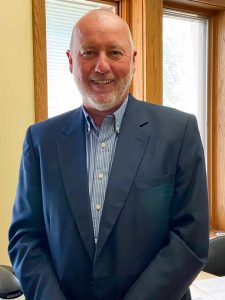 Beginning his appointment with Western Oregon University August 1, 2022, Dr. Peters has the distinction of being Western’s 25th president.  As a first-generation college student, he believes in the ability of higher education to bring about meaningful change in the world. For Dr. Peters, creating a positive and collaborative environment where faculty and staff work together is critical to an active and productive campus community.

Originally from Georgia, he grew up on a farm in the southern part of the state. He began Emory University as a business major, but after taking a class with a dynamic English professor, he switched majors, and never looked back. Drawn to the work of Native American authors, Dr. Peters pursued graduate studies at the University of New Mexico in Native American Literature. His leadership style is heavily informed by indigenous worldviews and Native American mentors he has engaged with over the last thirty years.

During his tenure at Fort Lewis College, Dr. Peters served as the Dean of Arts and Sciences and was also the Interim Provost for one year. He oversaw the development of new programs in Environmental Science, Health Science, Nutrition, Computer Engineering, Borders and Languages, and Musical Theatre. He was instrumental in the reorganization of the school into divisions to increase interdisciplinarity and encourage innovation and collaboration. In 2017, he was awarded a $500,000 Mellon Foundation Grant to promote inclusive pedagogies and strengthen DEI initiatives. Currently, he serves on the National Collegiate Honors Council Honors Semesters Committee as well as the Diversity Committee, and he frequently co-facilitates national faculty institutes on experiential learning.

Dr. Peters brings a wealth of experience to Western Oregon, and he is committed to hiring diverse faculty and staff, strengthening student support, and building a diverse and equitable academic community centered on respect and inclusion.

Invite President Peters to your event

From the desk of President Peters: