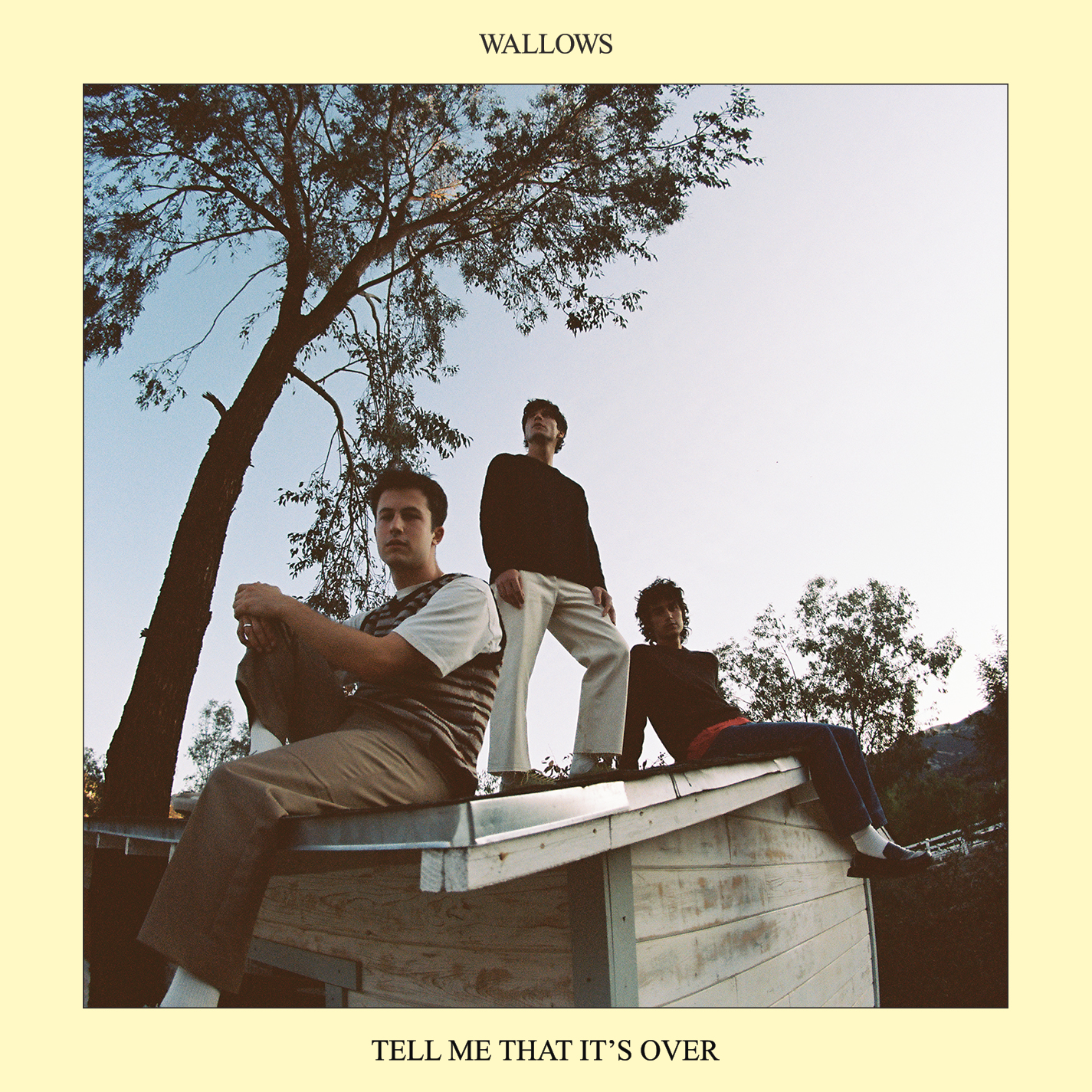 On March 25, the indie pop band Wallows released their sophomore album Tell Me That It’s Over. Wallows is made up of three members, Dylan Minnette (who you might recognize as Clay from the Netflix series “13 Reasons Why”), Braeden Lemasters and Cole Preston. The album consists of ten songs, crossing and combining several different aspects of the indie pop, folk and rock genres in a unique and artistic way.

“Hard to Believe” — I enjoy how the melody kind of climbs up and down. It is a really pleasing scale. The guitar is pretty grunge, but the bridge has a really light hearted whistle break with some interesting synth-type orchestral moments. It’s a good contrast. The lyrics and vocals are very simplistic in nature, but I think that adds to the song overall.

“I Don’t Want to Talk” — The whistle hook at the beginning of the song reminds me a lot of the band Dayglow. I wasn’t sure how I felt about the harmonica at first but it has grown on me. The lyrics describe the ending of a relationship and wanting to have a clean, quick cut off rather than stretching out the break up process. It does a good job of explaining a specific experience that is often hard to articulate.

“Especially You” — I think that the modulation of the synth takes the cake in this one. It compliments the rest of the song really well. The lyrics are again, very simple, but very relatable. I mean, who isn’t confused by people all of the time? The guitar is much cleaner on this, making it a great beachy road trip song.

“At the End of the Day” — I love Braeden’s vocals. No offense to Dylan, but I have always been more into Braeden as a vocalist. These lyrics have a good amount of complexity that makes the song more personal. It does an interesting job of interpreting the “If you love her, let her go” trope.

“Marvelous” — This is much more upbeat and fast than the previous tracks. Not sure if I am down with the repeated use of “hole.” Stadium synth came in clutch. This song sounds like how my brain feels when I have an ADHD episode.

“Permanent Price” — Definitely feeling more of a folk-indie vibe from the use of strings. Not my favorite. I feel like it’s a bit cookie-cutter in comparison to the other songs that have something special sprinkled in. The harmonies make it feel like something from the early 2000s.

“Missing Out” — Another slow one. The beginning is a little bit misleading. It starts with a nice classic piano scale, but takes a sharp turn to a more rock-type and autotune-diluted chorus. This variation is interesting, but I don’t think that it is my cup of tea.

“Hurts Me” — 80’stastic!  I’m getting funky with the synth in the beginning. I could see someone humorously singing this in the context of struggling with a vape addiction. Makes me feel like going to a roller rink after struggling through a week of finals.

“That’s What I Get” — The percussion makes the difference in this one. Also the staccato strings in the bridge. The lyrics are pretty basic and it’s hard to figure out if it is in an iconic way or if it’s just another stereotypical love song. I am leaning towards the latter.

“Guitar Romantic Search Adventure” — We got some Dylan vocals! Very fitting for the mood of this song. I am very down with it. I think that it tops all the rest of the slower songs in the album. The piano and synth together give a very ethereal, Beach House kind of feel.

I am a longtime fan of Wallows and I have significantly enjoyed their early work. “Tell Me That It’s Over” was able to simultaneously maintain inclusion of things that made me enjoy them initially and also spread their wings, adventure and experiment with different styles and instruments. 7.5/10.