Home » Sports » Inside the Dugout

A glimpse at Western’s dugout culture 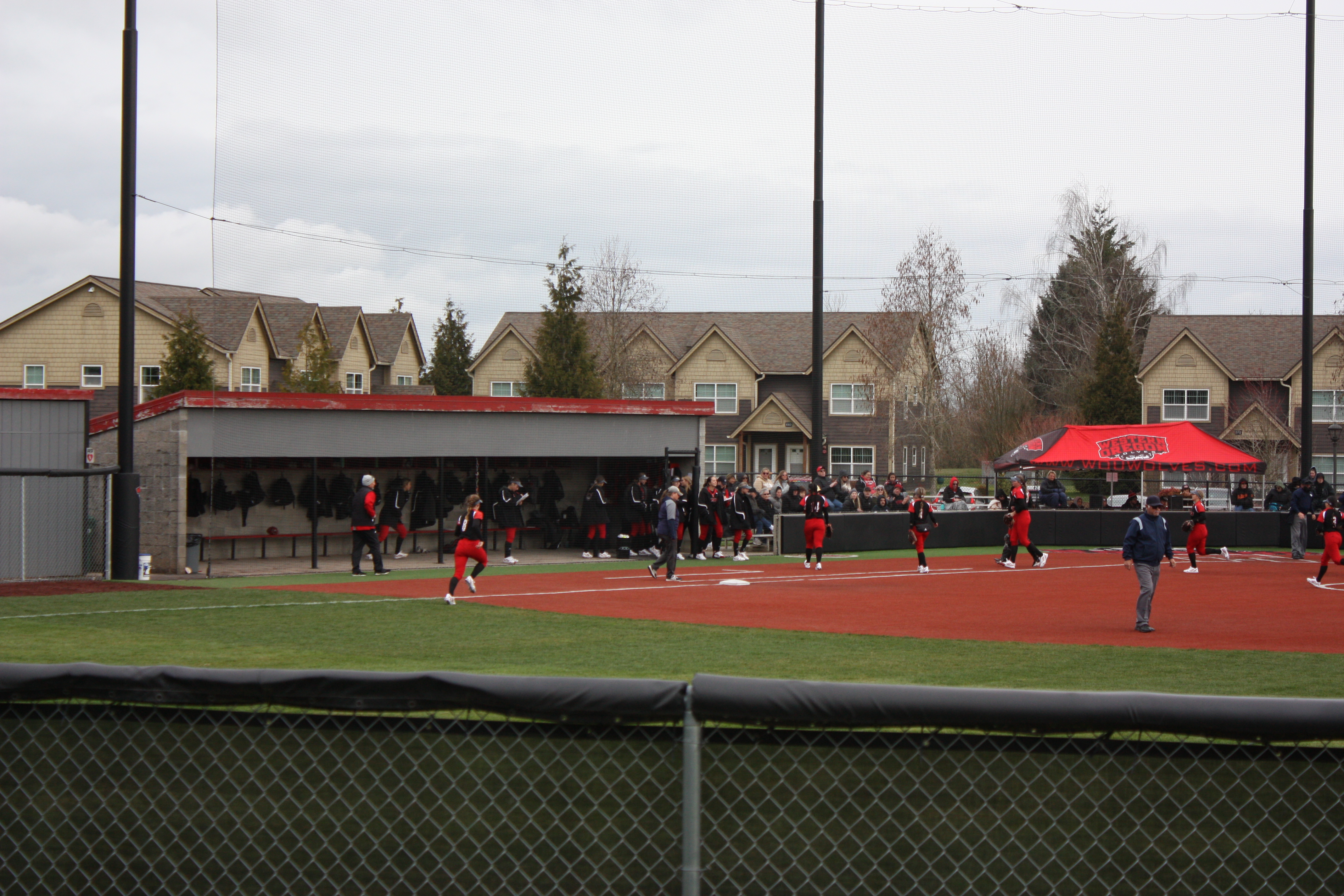 Anyone who has attended a college softball or baseball game has noticed the energy that comes out of the dugouts while teams are playing.

Dugouts were originally created so that spectators seated behind the team area could see over them. They were lower than the stands behind them because it was cheaper to dig deeper than it was to raise the stands behind them to see home plate. Despite coming from a very simple and non-team related reason, dugouts have become an important part of the game of softball and baseball.

Western’s teams are no exception to the general trend of dugout energy and ring out loudly with support. While their teammates are at bat or pitching, the rest of players are constantly yelling and cheering as a way to encourage their team or distract their opponents. Western’s baseball team generally shouts louder than softball, though most of their cheering is just yelling, but it is exciting nonetheless. The softball players seem to be more organized in their cheering based on what has just happened in the game. They do this in the form of chants or even songs they sing while replacing a key word with the name of the player.

Senior pitcher Reilly Tidwell said, “I think communication and support from the dugout is a huge contributing factor to successful games. The last 4 years I have been able to recognize just how many perspectives there are to the game.” Her time spent on the field and in the dugout has greatly improved her softball IQ. Tidwell said “as a pitcher who doesn’t hit, it is nice to be able to come back into the dug out and get feedback from our hitters on how to pitch to the other team based on where they are standing in the box, if they are dropping their hands, things like that. They see and recognize things that I can’t, and help me improve my game.”

While not encouraged, players often yell at the opposing team while they are playing. It is all said in good fun and is never directed by saying numbers or names, but instead by singing more songs, chants or funny lines as a reaction to a play.

The secluded area for the team allows for bonding that other sports do not get to see. With their own “team room” that they are able to use while playing, the team can discuss in real time strategies and tactics that other sports would not be able to fit into their 1-minute timeouts.

Having teammates who are ready to discuss the game on hand as they are playing helps build a better bond between the players as well as give players insight to what is happening when they are not looking. Tidewell said “We play a team sport, so every single person, playing on the field or not, has a role that can help or hurt the team, depending on how seriously they choose to take their role. Sometimes the “most valuable players” are not necessarily the super star starters, but the teammates they have supporting them in the dugout.”