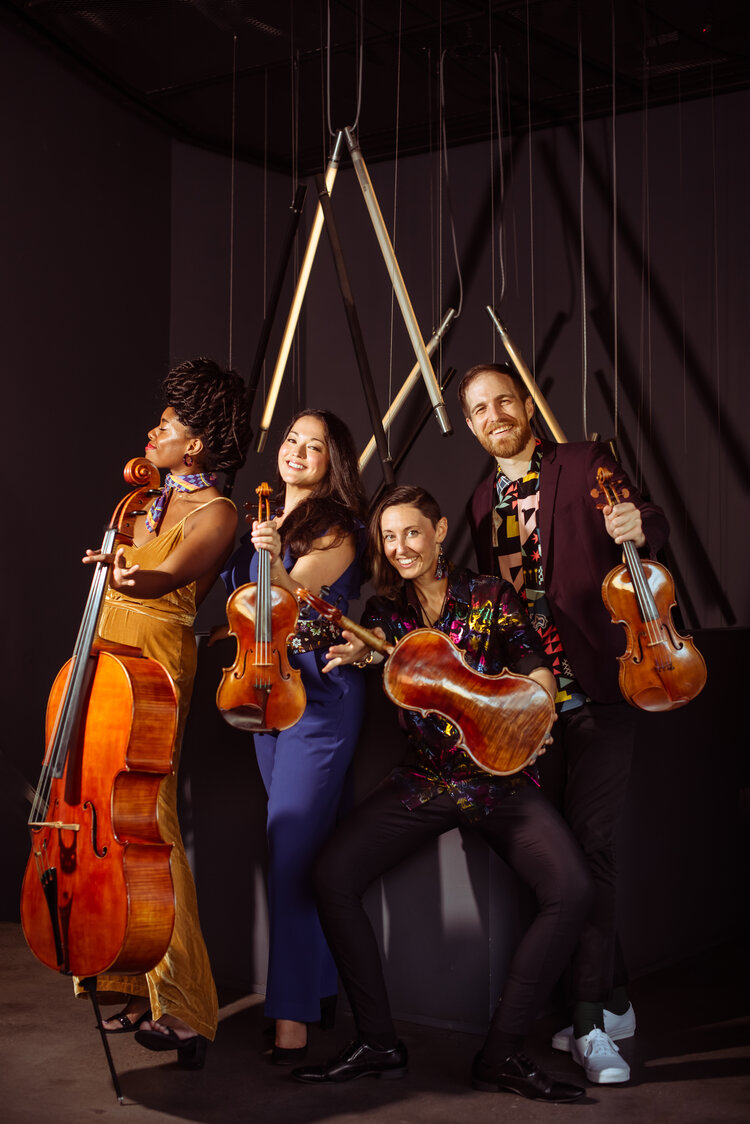 The internationally acclaimed music group, Thalea String Quartet, made an appearance on campus on April 2. In a performance made possible by the Smith Fine Arts Series, Thalea wowed the audience with their contemporary take on chamber music.

The group began by gracing Rice Auditorium with a piece by contemporary composer Akshaya Avril Tucker, called “Radha in the Forest.” Violinist Kumiko Sakamoto introduced the song by reading from the program note written by Tucker, which described the emotions portrayed by the composition as “delirious joy, floating above painful loneliness.”

The piece featured soprano vocals from Sakamoto, a first for the chamber group. Her operatic voice filled the room with a bittersweet song as she painted the scene of the classical Sanskrit heroine Radha pine for her lover, Krishna, in a cold winter forest in 2020.

Thalea’s concert program included a rendition of the iconic B-side medley, “The Long One,” on the Beatles’ album, Abbey Road. Guitar and drum solos were transposed for violin and cello, and musicians Christopher Whitley and Titilayo Ayangade did not disappoint in their renditions of the iconic Beatles tunes.

Violist Lauren Spaulding introduced the next work, a folk-inspired piece by Czech composer Antonín Dvořák. The piece consisted of four movements that aimed to capture the spirit of America, which Dvořák came to appreciate after his time in the country. The joyful piece was clearly a favorite of Spaulding’s, who more than once rose from her chair, swept up in the music.

When they had finished their main set, Thalea granted the audience an encore that required their participation.

“There are only two rules,” Whitley said of the piece, “when we clap, you clap. When we don’t clap, you don’t clap.”

What followed was a song that featured the talents of all four musicians in bouts of solos, while the audience clapped to the beat as directed by those onstage.