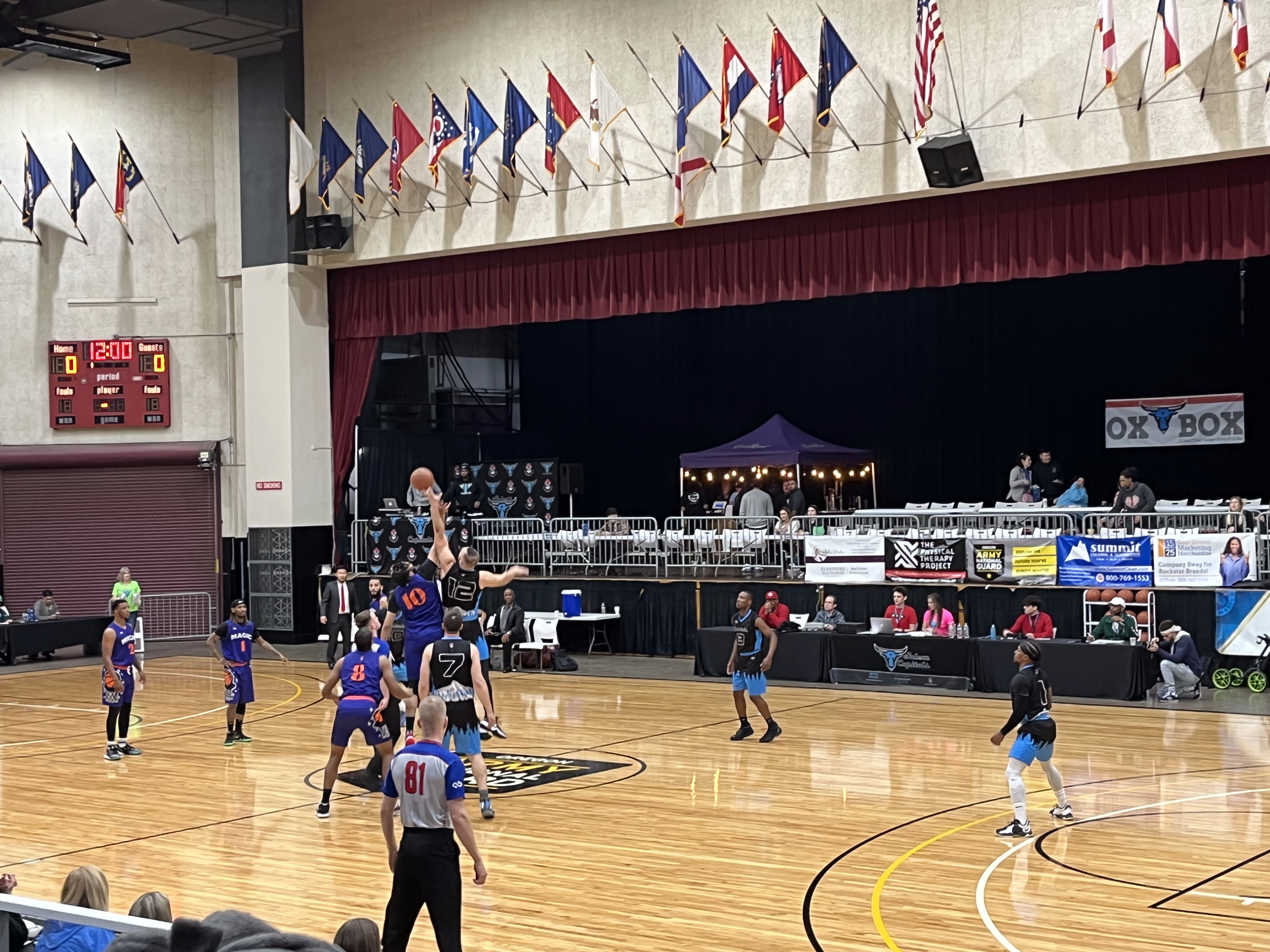 In mid to late January of 2022, tryouts were held for what would become Salem, Oregon’s first professional basketball team. The Salem Capitals are a part of the West Conference of The Basketball League, a fast growing league of 42 teams across the states. As of now the team is undefeated and scoring in the low hundreds almost every game.

When the team plays at home, the crowd is filled with the player’s families and community members there to support the new city team. Team owner, Jason Conrad, who can be recognized by his dapper attire and the fact that he is seven feet tall, always goes out of his way to involve the children that are running about. During timeouts, halftime and in between quarters, Conrad invites the kids to compete for prize money and fun items.

The team clearly loves what they are doing and seem to be each other’s biggest fans. The team’s biggest cheerleader is probably one of its own forwards, Dominique Lawrence, who can be seen yelling and dancing whenever he is not on the court to support his teammates.

People that are watching the Capitals play for the first time are often drawn to Western alumni center Vincent Boumann’s presence. While not quite as tall as the team’s owner, Boumann stands at 6’10” making him a force to be reckoned with on the court, especially at tip-off.

Each player brings their own set of skills to the team, keeping the opposing teams on their toes when it comes to Capitals plays throughout their games.  This is due to their different positions and how long they have each been playing the game. The team has a wide variety of experience and skills ranging from the youngest being Scott Clough at 23 and Paul Hafford is the oldest at 38.

After games are held on their home court, the team encourages attendees over 21 to join them for a beer in their Ox Box. This gives members of the community a chance for one-on-one time with players and coaches.

Last weekend the team played the California Sea-Kings and Vancouver Volcanoes. The Capitals won both games with the scores 109-103 and 104-102 respectively. The Capitals play the Sea-Kings again on Friday, April 1 away, and Bakersfield Magic the next day also away.

Tickets to all future games can be purchased on the Salem Capitals’ website.