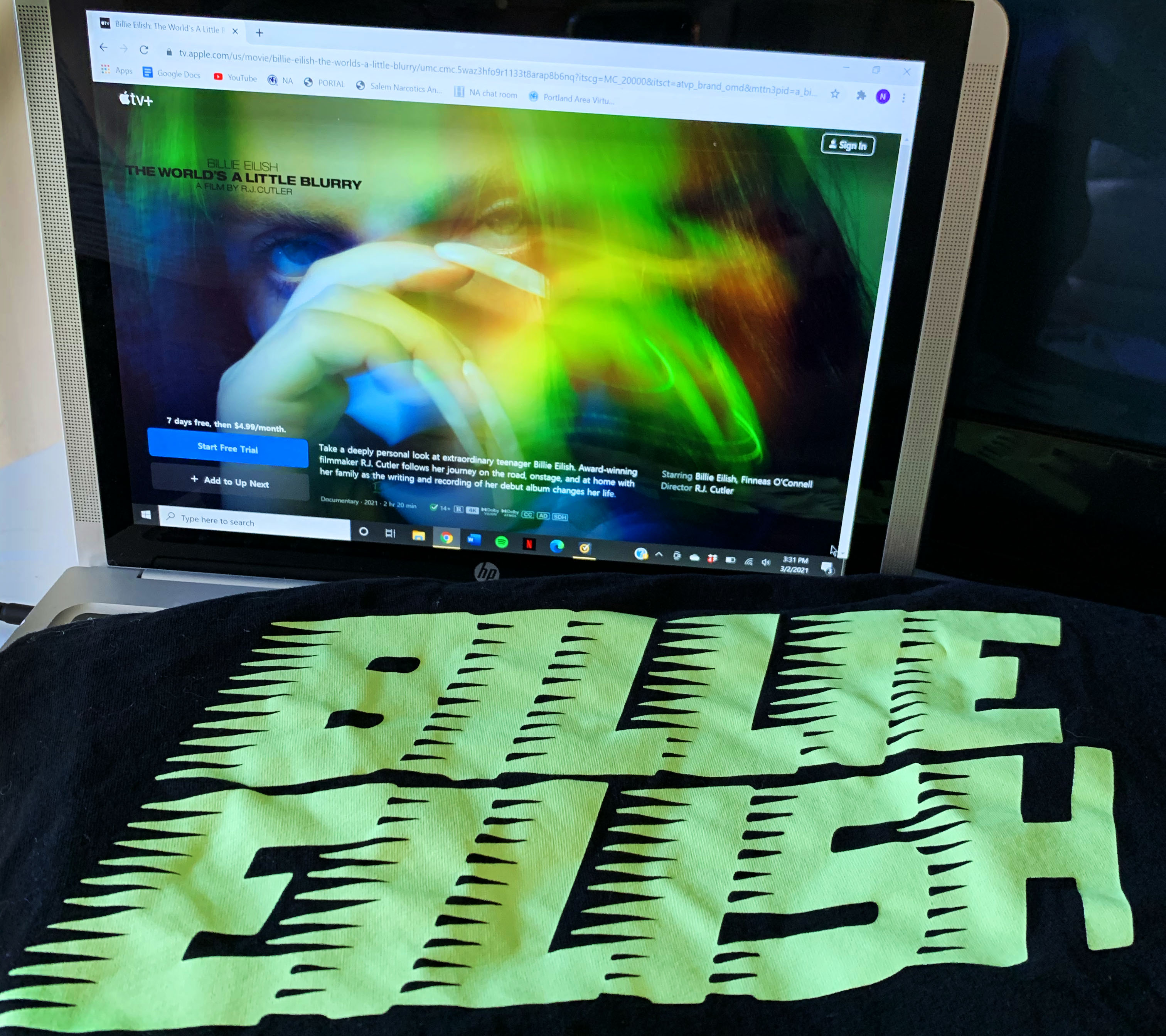 Billie Eilish’s debut documentary is an instant hit with fans

It’s no doubt that Billie Eilish continues to dominate the music industry with her creative and haunting music, but this time she took a new approach in highlighting her journey to fame with her debut documentary, “Billie Eilish: The World’s a Little Blurry.” Released in select theaters and on AppleTV+ as of Feb. 26, the two-and-a-half-hour-long documentary covers everything that fans could want to know about the latest year in Eilish’s life.

Director R.J. Cutler provides an exclusive look at key moments from the crafting of her latest album, “When We All Fall Asleep, Where Do We Go?” to her subsequent winning of the Big Four awards at the Grammys.

In the documentary’s trailer, which is available on YouTube, the audience can hear Eilish steadily saying, “I look into the crowd, and I see that every single person in there is going through something, and I have the same problems. I was like, ‘Why don’t I turn this into art, instead of just living with it?’”

The film covers Eilish in a way the public hasn’t seen before, showcasing her personal relationships and creative process, along with the quick-paced world of the music industry and the pressure of staying authentic while in a position of superstardom. Viewers can gain a better understanding of her personal life, with the documentary containing vulnerable scenes and conversations with her family, and the toll that fame took on young Eilish’s mental and physical health. The film takes time to address her mental health struggles and battle with self-harm, and how she turns to her music and creative process to combat her depression and suicidal thoughts.

Diving further into her private life, Eilish speaks more on her relationship and breakup with rapper Brandon Adams, also known as 7:AMP, who is nicknamed “Q” through the film. There’s also plenty of footage from her concerts, tours and behind-the-scenes clips in her childhood bedroom turned music studio. At one point in the film, Eilish delves into her creative process with her brother Finneas O’Connell when forming the album, “When We All Fall Asleep, Where Do We Go?”

By the end of “Billie Eilish: The World’s A Little Blurry,” fans can fully appreciate the way director Cutler showcases Eilish’s journey of being an authentic and grounded person, while also being one of the most talked about and heavily awarded music artists in the industry.

If you or someone you know is struggling with depression or suicidal thoughts, reach out to friends, family or call the National Suicide Prevention Hotline at 1-800-273-8255.

Review: “Birds of the Northwest”