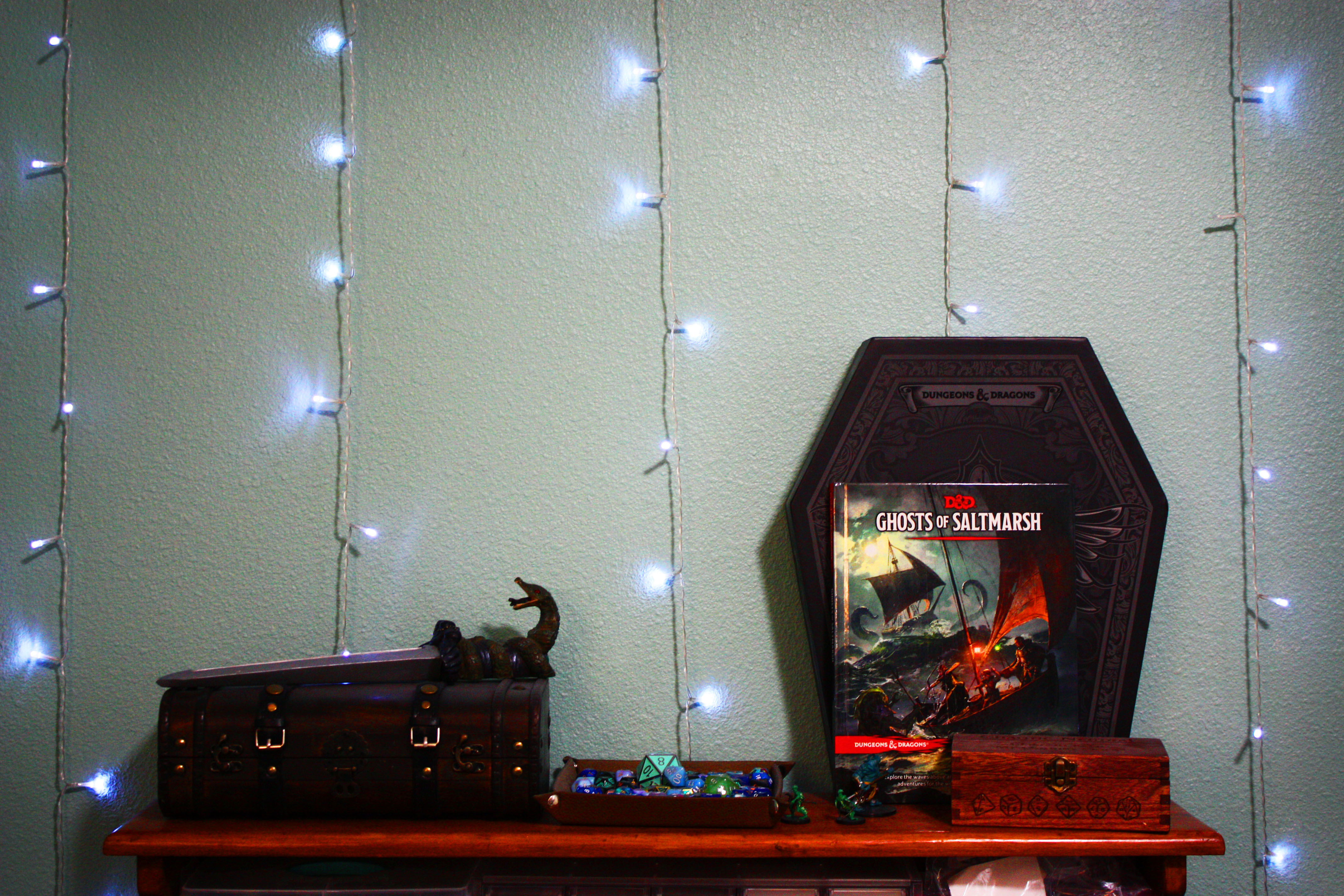 For new dungeon masters, “Ghosts of Saltmarsh” is a suitable adventuring guide that lays out the groundwork ahead of time. However, for anyone that has played Dungeons & Dragons more than a handful of times, it is aimed extremely towards newbies and not seasoned players. There are many interesting moving pieces, including a haunted Shadowfell forest and hidden vampires; but, at the end of the day, it falls flat in comparison to some other campaign guides.

With seven adventures and three new factions, there really isn’t a lot of new content in this guide. It is much too similar to the “Tales from the Yawning Portal,” with an assortment of adventures that can be added to any campaign. There isn’t one Saltmarsh adventure that screams “sea pirate shanty.” If anything, things can be taken out from this book and put anywhere else. This guidebook doesn’t convey these adventures well at all, and there is little to no character or story when it comes to these adventures.

If DMs were planning on only running Saltmarsh ⏤ something that I tried to do ⏤ there will be a lot of times where they have to take full and utter control. With the lack of balance between adventures that are played in the lower levels compared to mid-to upper-levels, DMs have to throw a lot of freebies to their players. It’s hard to really push the boundaries of playstyle when it is almost set up for players to fail.

I don’t get why so many people are saying this is a great adventure sourcebook. I know it’s hard to review campaign guides already, but it’s even harder when the book just kind of sucks. The artwork is amazing, and there are some characters that when heavily expanded on, can be great set pieces in a campaign. But that’s just it, it relies too heavily on the DM making choices to change and improve upon characters, which in the end, only the character name is something Saltmarsh provides.

The location of Saltmarsh is cool I guess — the run down coastline town can be an interesting start to campaigns; but, honestly, within the first couple of sessions, it can become extremely small and claustrophobic fast. I just kept thinking about how glad I was for being born in the suburbs right next to a major city.

Overall Review: If DMs use parts of this adventuring guide in their own campaigns, it can add a fun and interesting twist. However, there isn’t anything new presented in this guidebook hence, it can just be dismissed. 4/10 would recommend to DM’s and players alike.

Review: “Birds of the Northwest”

Be the first to comment on "Dungeon Delving for Dummies: “Ghosts of Saltmarsh”"