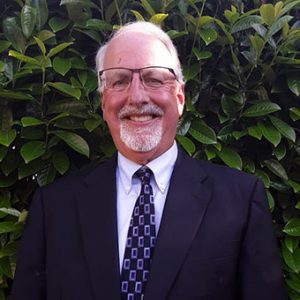 Dr. Kenton has taken the helm at Western Oregon University; his interim appointment began July 1, 2021, and is expected to extend through the 2021-22 academic year. Kenton comes to the university with broad experience in Oregon public universities. He earned his bachelor’s and master’s degrees at Oregon State University before moving to Portland State University for his doctorate in public administration and policy with an emphasis in public finance. Kenton worked for many years in the Business Affairs and Human Resources offices at PSU, then served as the vice president for Finance and Administration and chief financial officer before working briefly at University of Idaho and then at the Oregon University System Chancellor’s office for nine years. In 2014, he filled the role of interim president for the first time, at Eastern Oregon University, and later at Oregon Institute of Technology. For five months in 2018, Kenton served as interim vice president of Finance and Administration at WOU. Kenton is excited about the future of WOU and plans to get to work immediately on major campus priorities with the university’s strategic plan as the foundation. “WOU’s Strategic Plan is remarkably simple, yet a powerful document to guide the work of the campus in the coming months. Forward Together is the perfect title as it entails the engagement and involvement of everyone in the betterment of the enterprise. Student success, academic excellence, community engagement, accountability and sustainability and stewardship are easy tenets to support.”