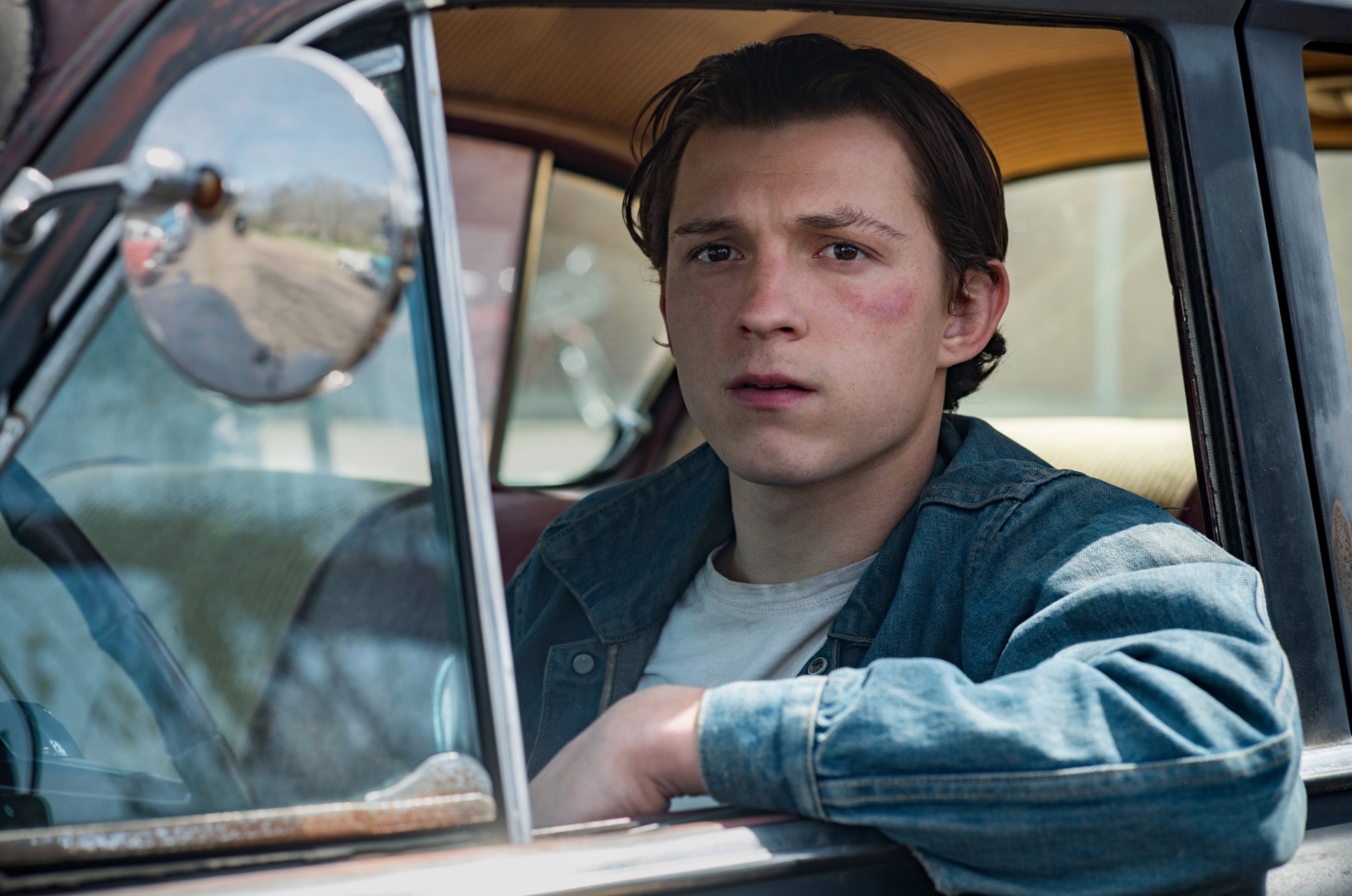 Released on Sept. 11, “The Devil All the Time” is a new Netflix adaptation of the book written by Donald Ray Pollock ⏤ who also narrates the film ⏤ and is directed by Antonio Campos. It’s a captivating, violent and symbolic movie that shows people’s continual plight with good and evil. Warning, this movie does contain content some viewers may find graphic or disturbing.

Right off the bat, this movie drops you into an unforgiving world where it seems everyone is running away or battling their inner demons. Bill Skarsgård’s character, Willard Russell, projects his strong Christian beliefs onto his son, Arvin Russell, played by Tom Holland. He teaches him that the world is a sinner, and that they need to be punished for the things they’ve done. Later on, Willard’s wife dies of cancer, and Willard proceeds to take his own life. This throws the audience straight into a whirlwind journey with Arvin, as we see him grow up to live a life much like his father’s.

I had never heard of “The Devil All the Time” prior to watching the movie, so I definitely was going into it blind. I was intrigued by the key influence of Christianity throughout the movie, as it was what shaped the entire plot. The characters in the movie believe, to some extent, that they hold an influence over “good” if they simply pray hard enough, or if they can make a sacrifice to God. An impactful quote referencing this is Donald Pollack stating, “God had a tendency of askin\g men to make sacrifices in order to prove their faith.” The character’s continually deal with the plight of extremism in Christianity during the movie, and they’re willing to go to any length to prove their faith. 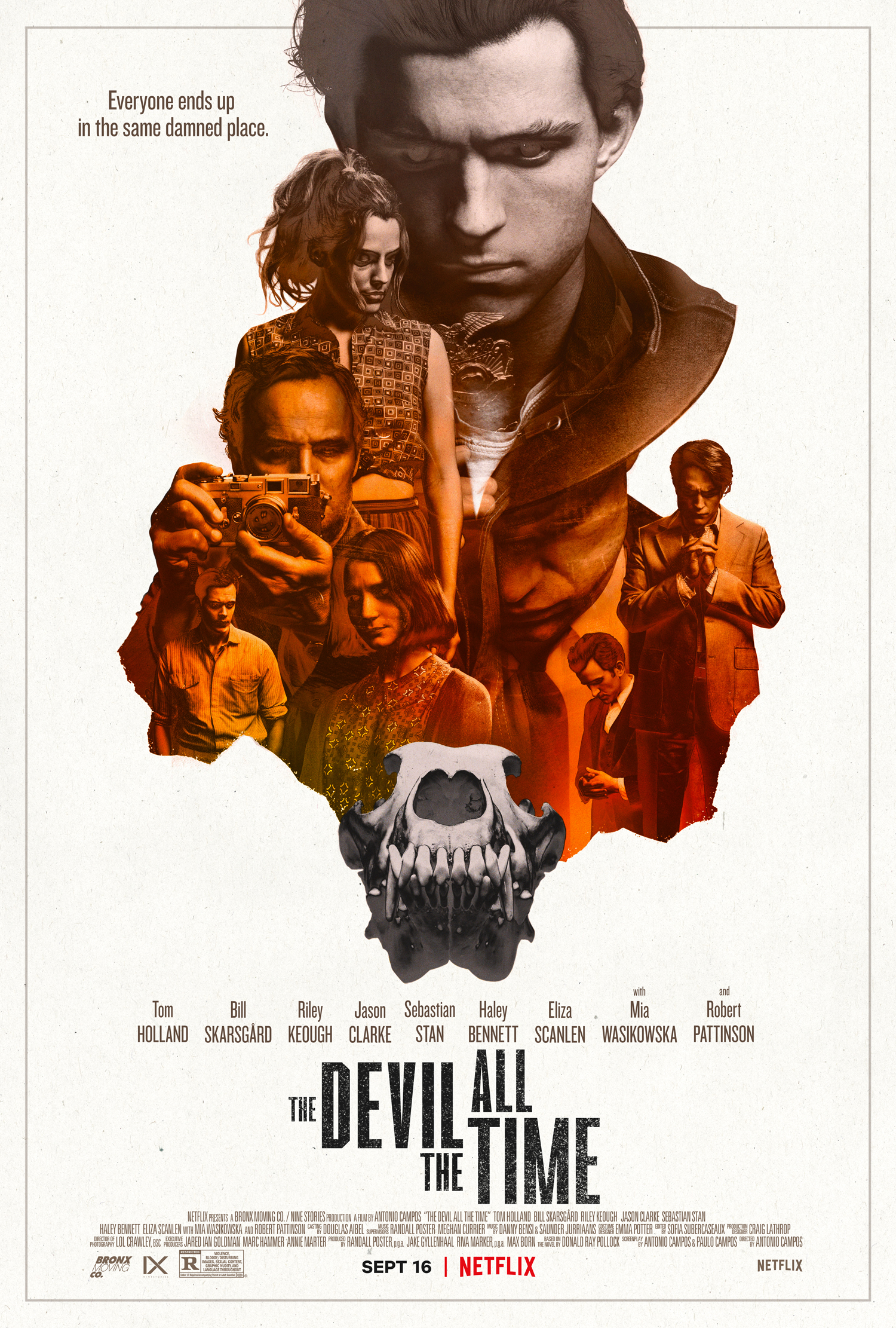 The main complaint from critics — that it is hypocritical — has been bothering me since watching the movie. However, that’s one of the key points to keep in mind when watching “The Devil All the Time.” Due to its very religious-based themes, hypocrisy is common throughout the movie because it’s a sin in the Bible. The whole movie is about being a sinner.

One of the things that stuck with me throughout the movie, was the development of Arvin. Over the course of the movie, we see him go from a timid boy who keeps his head down to defending the honor of his kin and starting a vicious crime spree. I viewed him as one of the only characters that truly was not hypocritical, because from the beginning Arvin knew who he was; he knew he was a sinner. This allowed him to not do the things he did in the name of God or for religious reasons. He was simply just a human, who was dealt a bad hand in life and acted solely out of revenge and survival.

Overall review: I would recommend this movie a million and one times. While it starts off slow, it progressively gets better. It definitely captivates you with the beautiful cinematography and intense plot. This book-to-movie adaptation was astoundingly well executed.

Booze & Reviews: “Shaun of the Dead”

‌Five online game sites to get lost in

Enjoy the sunshine with these spring events

Be the first to comment on "Sinners all the time"