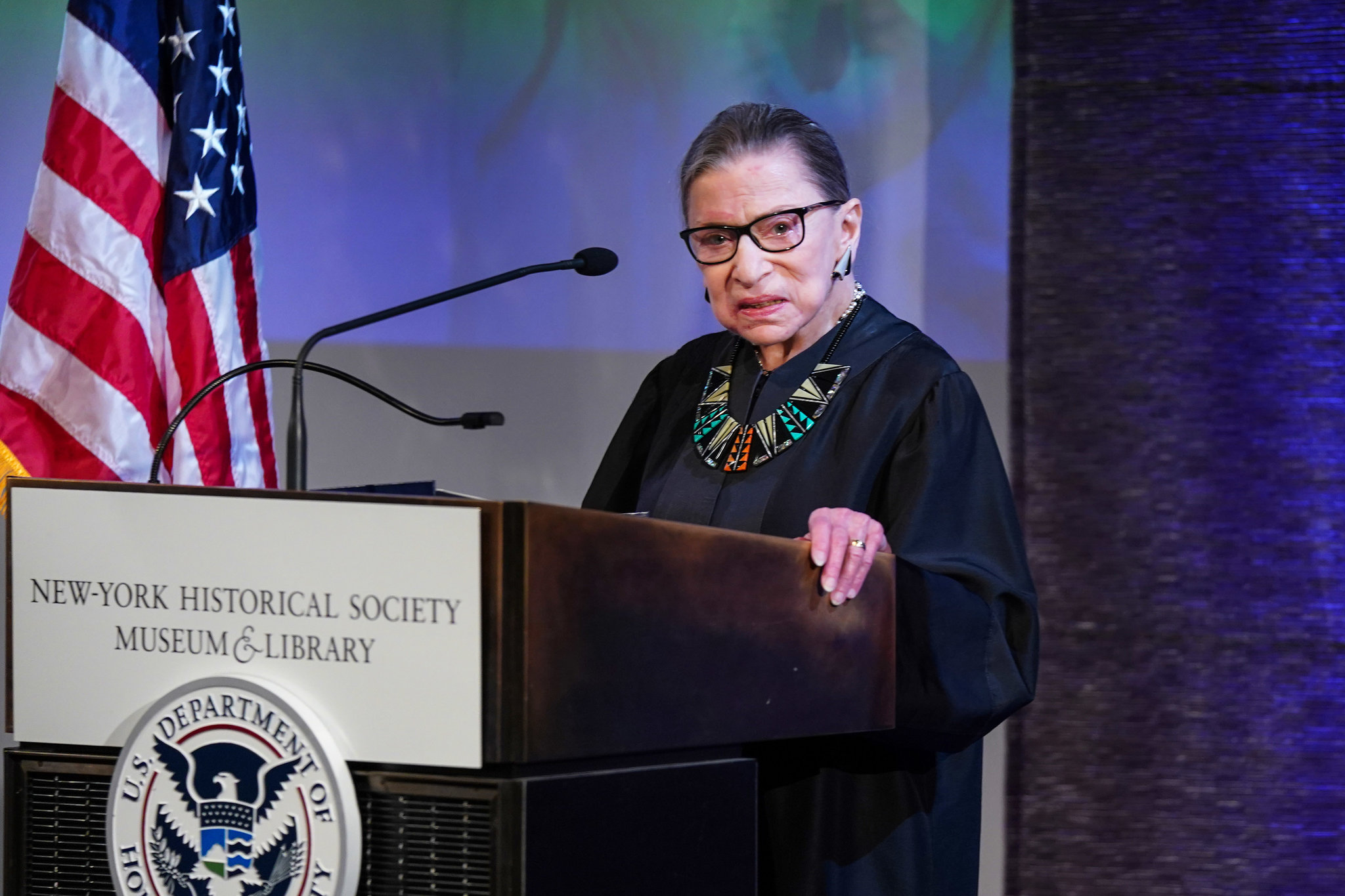 Photo via The New York Times

Branding Ruth Bader Ginsburg as the epitome of feminism is an insult towards women of color, transgender women and women of the LGBTQIA+ community. RBG has done little to advocate for minorities and disadvantaged communities; she shouldn’t be this revered icon so many people are making her out to be.

White feminism is a difficult concept to explain when the people that want a definition ⏤ so that they can exclude themselves from it ⏤ don’t want to listen. At the basis of it, it exists to benefit the comfort and safety of white women, centered around the failure to consider other women. The lesson taught shouldn’t be that white people should feel guilty about being white, since nobody cares unless you’re directly contributing through harmful actions; what it comes down to is that just existing as a white person means you’re unintentionally contributing to institutional racism even if you don’t want to.

Skin color changes how people perceive you, how people treat you, how you live in this world — if you’re something other than white, race is the annoying younger sibling you can never get rid of. RBG’s feminism is folded into believing that white privilege has ceased to exist, convincing people that the power dynamic between whites and people of color aren’t prevalent in daily life. This kind of feminism is about the erasure of how race is something that is debilitating and tiring, something that has to be played down by “smoothing out” your edges. That makes her 0-1.

She has no doubt become a staple name for women’s rights, ironically so considering she had displayed no respect towards survivors by supporting Brett Kavanaugh. Despite being known as a Chief Justice that was accused of rape, Ginsburg referred to him as a decent and smart man at an event hosted by Duke Law in 2019. No matter how much of a cuck it makes me, I believe survivors and their testimonies regardless of who the perpetrator may be. So when another woman in a high position of power like Ginsburg speaks highly about an accused rapist, it immediately destroys any ounce of respect I had for her. It doesn’t matter how much she’s “done” for women; admiring someone who associates with a rapist demonstrates their weak, like-minded attitude that groups them with all of the rest of the s—-y politicians. That makes her 0-2.

Okay, so your feminist role model defended a rapist, at least she worked toward racial justice right? Well if that means calling Colin Kaepernick’s protest in support of the Black Lives Matter movement dumb and disrepectful ⏤ which she stated in an interview with Yahoo in 2016 ⏤ then sign me up for the next war. She also voted in favor for fast-track deportations in which America can force alleged undocumented immigrants out of the country with little to no review from government. This was a devastating loss for immigrant rights and left critical executive powers unchecked and domineering.

While some people choose to turn a blind eye to her racist history, there’s no looking past an actual ruling that was made. The Appalachian Trail gas pipeline was a major environmental case that allowed this 600 mile pipeline to go through indigenous peoples’ land and protected forests. It was an act of cultural and ecological annihilation considering there is only a 1% Native American population but 13% of Natives live in a mile proximity of the pipeline route. Despite this, RBG still chose to vote in favor of the gas pipeline, proving she really didn’t give a s–t about helping marginalized people. That makes her 0-3.

So why should we celebrate the life of someone that has destroyed so many?

Letter from the Editor