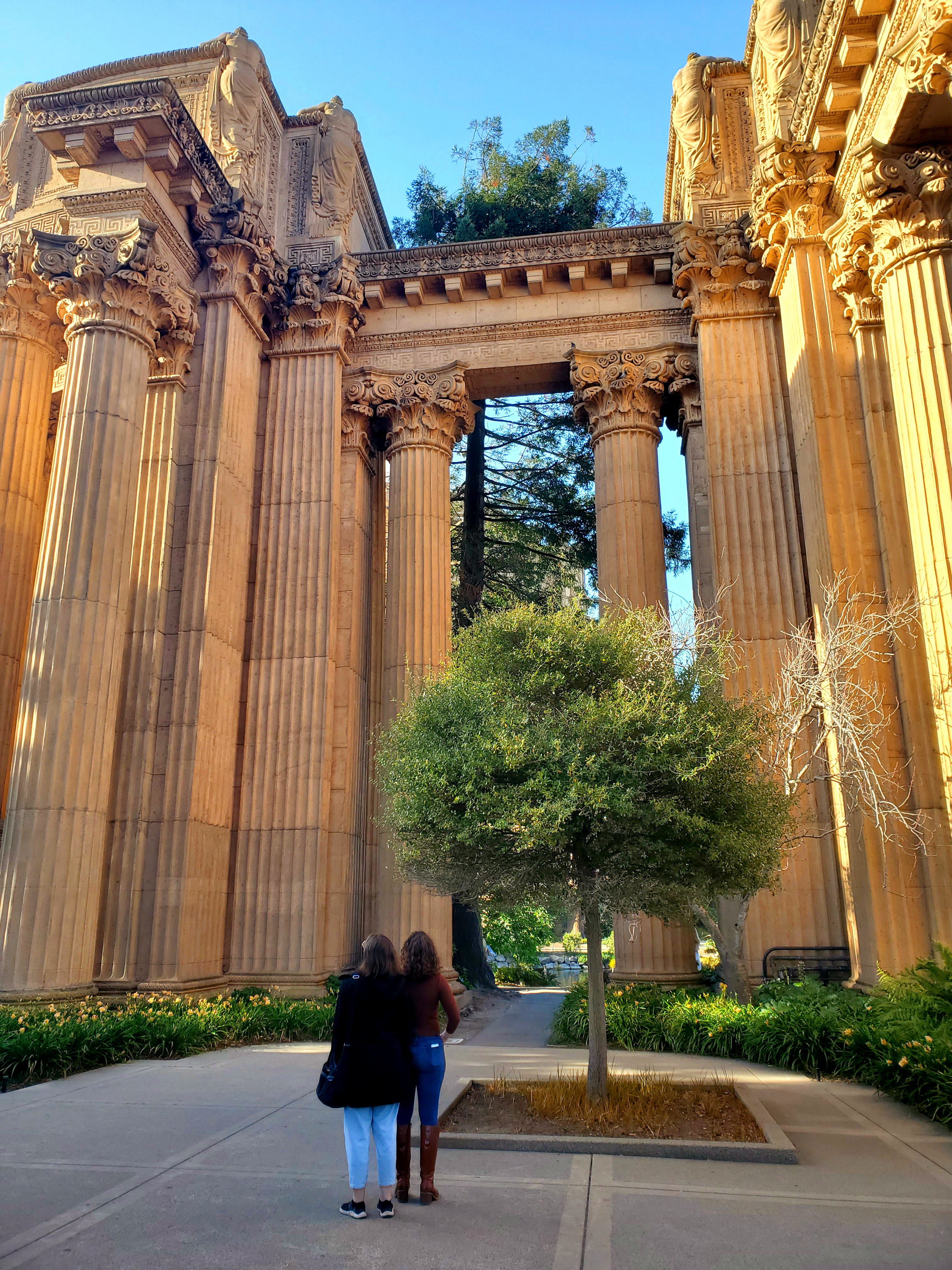 Over spring break, my best friend Simone and I took a road trip down to San Francisco to visit our mutual friend, Natasha. We split the journey into two days, staying in Ashland for a night so the 10 hour drive didn’t damage our sanity.

I love Ashland, it’s probably one of my favorite Oregon cities. We only spent 21 hours there, but we spent them visiting local coffee shops, antique stores and boutiques.

We left at noon the next day, and crossed the state line not long afterwards. The biggest culture shock I experienced right off the bat was that Californians don’t use turn signals. Maybe that’s a gross generalization, but I don’t think I saw more than 10 turn signals from cars with California license plates the whole time we were down there. Cars will weave through traffic at 85 miles per hour without a single blinker.

The road rage is unbelievable, too. We were driving in the carpool lane and had just passed Sacramento when a woman to our right threw a full Big Gulp at our car. She sped off into the distance, and we still have no idea why she felt the need to sacrifice her drink like that.

We stayed at Natasha’s house in Rohnert Park so we didn’t have to get a hotel room. We were about a 40 minute drive from San Francisco barring traffic.

The majority of our first day in the city was spent on the piers. We went to Alcatraz because Simone is obsessed with history. It was warm that day, but it was so windy on the island that we barely noticed. We spent two hours touring the prison, learning about the history of the island and how it was used. I think the most interesting thing we learned was about the Occupation of Alcatraz, a 19-month long protest by Native Americans between 1969–1971. The group called themselves the “Indians of All Tribes,” and they aimed to bring attention to the oppression of Native Americans by the U.S. government.

Alcatraz is rich in history, and apparently in wildlife. I’m not sure why I was so surprised by the sheer amount of birds on the island, but it was truly impressive. The combination of wind and birdsong made it hard to carry a conversation.

After we’d returned via ferry, we spent some time walking around Pier 39. It was aggressively touristy, but I got to see sea lions on the docks and we ate crab cakes with a view of the ocean so I didn’t mind.

Our next excursion was Coit Tower, which I frankly could’ve lived without. It was a good view of the city, but it was so crowded and everyone wanted to take pictures of themselves at the top, so it was impossible to walk around without getting in someone’s photo.

Dinner that night was probably one of the best experiences of my life. We went to a place called The View Lounge, which was at the top floor of the fanciest Marriott I’ve ever seen. The bar had windows on nearly every wall, including an enormous art deco style one spanning almost the entire room. It was so crowded it was a miracle we found a table, even in the dark back corner.

Shout out to our waiter, Mac, for giving us a heads up when a window seat table was about to open up. The mad dash we made with our plates in hand was well worth watching the sunset from 39 stories up.

Our second and last day in the city was much less structured. We didn’t have tickets for a ferry or reservations to worry about, so we spent the day exploring. Our first stop was City Lights Booksellers & Publishers, a bookstore I found while passively looking for things to do in San Francisco. In an amazing act of fate, the minute we arrived, a parade in honor of the birthday of the store’s founder — late poet and social activist Lawrence Ferlinghetti — was passing in front of the building. A marching band and TV crews were following the procession, and we stood outside to listen to them play “Happy Birthday.”

We also used our time in the city to drive around some of the iconic landmarks, like Lombard Street — a steep, curving road which is a terrifying experience for the driver (sorry Natasha) but was great for Simone and I.

For a late lunch, we stopped at Wayfare Tavern and sat at a table residing under an enormous stuffed goose. It was a very fancy place, but every time I looked up I couldn’t help but laugh.

We left San Francisco at 5 p.m., a terrible choice because it landed us right in the middle of rush hour traffic. We spent almost a full hour in traffic, but it wasn’t too bad because we were all fed and happy.

The next day we would leave for Ashland again, the journey back was far less eventful than the way down, and we were rudely snapped back into reality when school started.