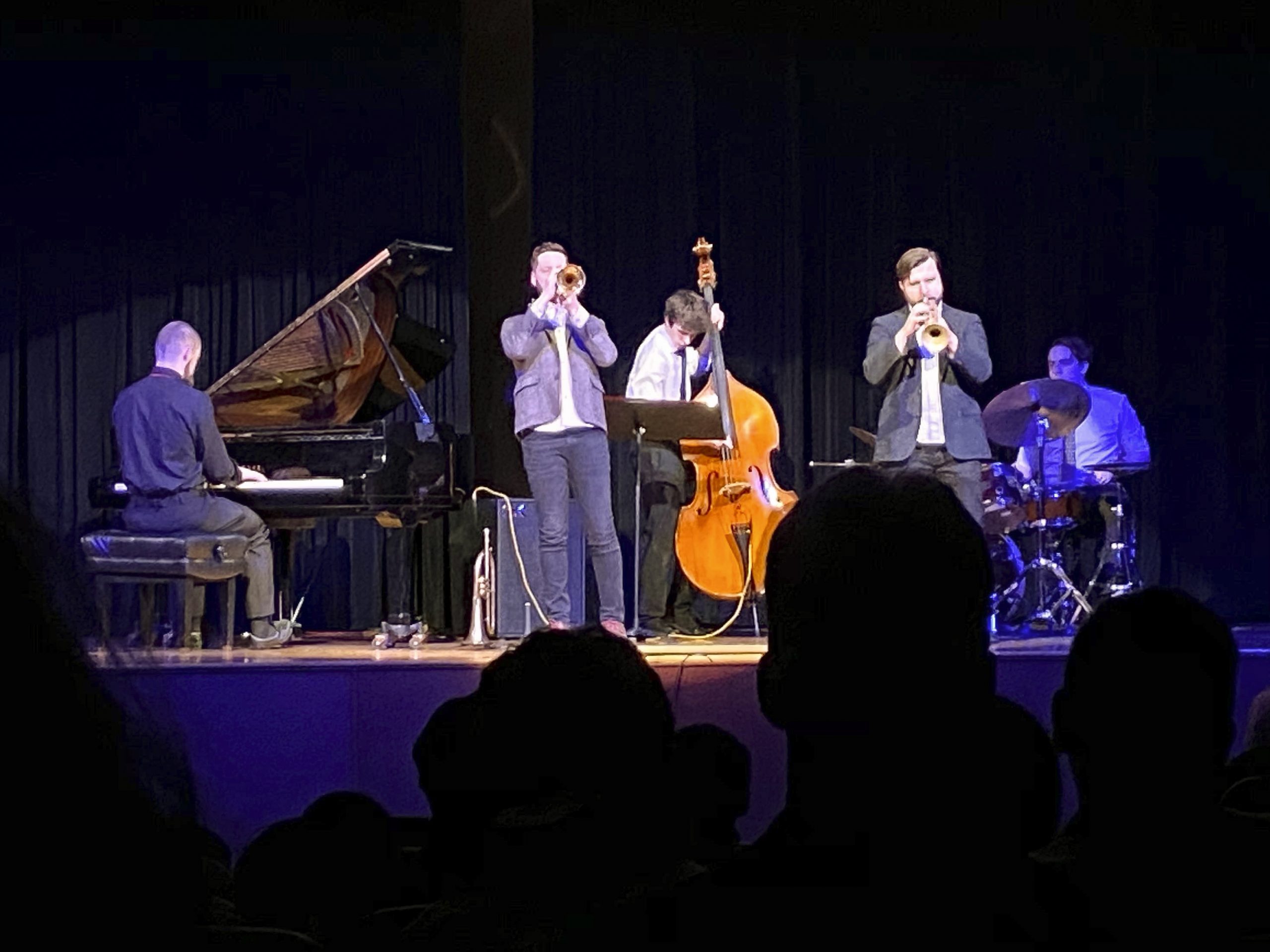 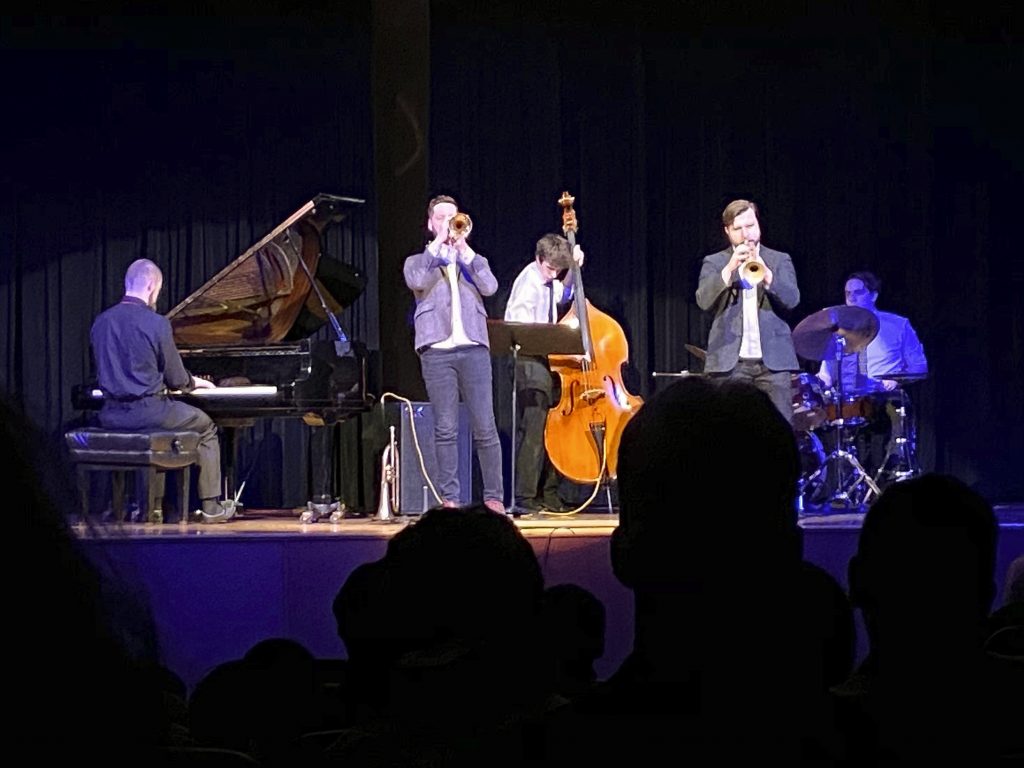 On Wednesday, Feb.19, John Raymond took to the Smith Hall stage alongside WOU Jazz Combo, for a night of jazz with a spin.

John Raymond is described by the WOU Jazz Combo pamphlet as, “One of the most promising, genre-bending musicians in jazz today. With a singular voice as a trumpeter, flugelhornist and composer…”

The interesting concept about Raymond’s idea of jazz is that he mixes genres such as, indie-rock, folk and electronic rhythms into his music, creating his own style.

Raymond studied in Wisconsin with Western professor and Director of Jazz Studies, Keith Karns. Since then, Raymond released six albums and is a professor of jazz as well as a sought after soloist at schools around the world.

The performance started with small solos from each member of the WOU Jazz combo, allowing the ivories, strings and drums to sing. Raymond took center stage while belting out the brass notes between two trumpets — a lively way to start, demonstrating just what the audience is in for.

They played a song from Raymond’s first album called “Onward,” which he composed himself. It began with soft piano, then the bass and drums joined, lastly a sorrowful trumpet, bringing a somber feel to the piece.

“The best part about performing music, especially in a jazz combo scenario is there is a lot of communication between the players…It’s just a big conversation,” said Kincaid Parsons, an Education Major, who plays the upright bass for WOU Jazz Combo.

Another song performed came from Raymond’s second album, recorded in New York with legendary drummer Billie Harp. Raymond explained with fondness that, “I was playing with someone who made the history of jazz.”

Similar to Raymond, Parsons also felt awestruck, “Getting to play with someone of that caliber was a very cool experience.”

The show was quite lively; Raymond even beckoned the pianist Clay Johnson for an improvised duet on stage.

Lastly, Raymond invited Karns onto the stage where they battled it out, trumpets singing back and forth powerfully, before ending the concert with a hug.