Home » Sports » From influencer to boxer 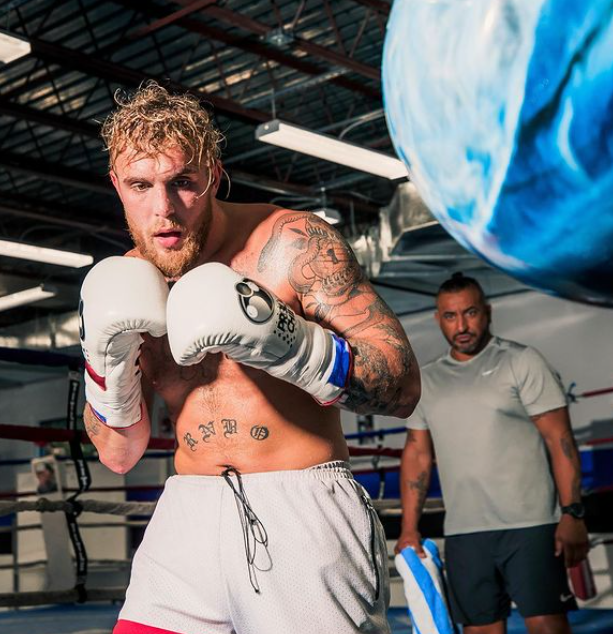 Social media influencers seem to be everywhere these days. Because of their ability to rapidly grow their platforms, influencers have been able to make unexpected career leaps. Some have gone from YouTubers to professional musicians; Instagram models to full-time fashion designers; or, in more recent and somewhat confusing news, vloggers to highly competitive boxers.

Popular influencers like Logan and Jake Paul, KSI, Austin McBroom and Bryce Hall have all pursued careers in boxing. While they did not all succeed, the new boxers did manage to attract a lot of attention and brought more viewers to the sport.

The most notable of the new boxers are Logan and Jake Paul. They have taken the boxing world by storm by booking fights against popular fighters like Floyd Mayweather Jr., Ben Askren and Tyron Woodley.

So, why are these influencers starting to box instead of sticking with their usual creator content?

One factor pushing for more influencer matches is money. People like Logan and Jake Paul are making millions and are able to earn even more for every match and rematch they schedule. It is suspected that this is why many of the matches end in a draw, as they can easily earn more through holding a rematch. Forbes estimated that Jake Paul made $40 million from participating in three matches in 2021.

The training and preparation it takes to become a boxer is also an opportunity for more content creation. Many of the influencers making this strange career transition have been on the internet for several years. If they run out of content ideas they are out of a job, so having a whole new career that they can film is an easy way to diversify their branding. The more posts involving boxing and calling out world famous boxers, the more attention the influencers receive.

Many die hard boxing fans are against having people like the Paul brothers in the ring because they feel that these influencers are not respecting the sport. The argument could be made that they are bringing more money and attention to the sport, but they have been heavily criticized for their lack of commitment and amateur status.

The fights the influencers try to create are also only against big names, which leads many to suspect there is no real intention to become a boxer and they only care about the potential fame and glory. Logan Paul was rumored to fight Mike Tyson in early 2022, but seeing as Tyson retired in 2005 the match was likely a ruse to garner more engagement. Jake Paul has publicly addressed one of the greats, Conor McGregor, after only fighting a few matches. The skill it would take to challenge one of the big names in the scene like McGregor compared to the short time Jake Paul has been fighting leads one to suspect it is all for publicity.

Only time will tell if these matches truly make boxing a more popular sport, or if these influencers will merely pass by to their next attention-grabbing schemes.