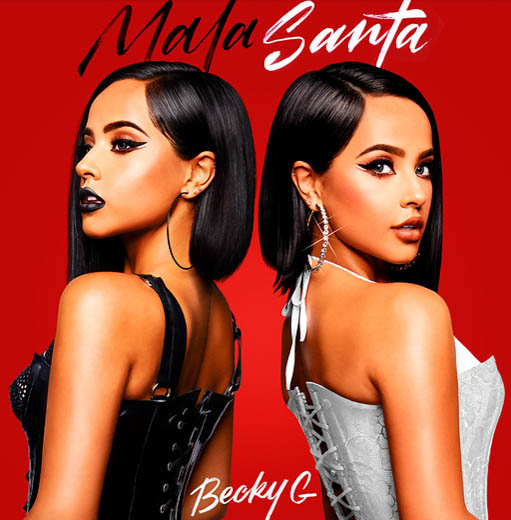 Those who are ready for an album to dance to, take a listen to Becky G’s new album released on Oct. 11, “Mala Santa.”

Rebecca Marie Gomez, known as Becky G, is only 22 years old and was discovered in 2011 while covering songs on YouTube. She initially released songs in English, some well known such as “Shower” and “Can’t Get Enough ft. Pitbull” before she switched to her Latin roots in 2017 and released songs solely in Spanish.

Just this month, Becky G was awarded the Extraordinary Evolution Award at the Latin American Music Awards, a result of the success she has achieved and a prediction of all that is to come from this star.

She is also an actress, starring as the Yellow Power Ranger in the 2017 film “Power Rangers,” and some animated movies as well. Currently, Becky G is more focused on her music.

Her album “Mala Santa” is a reflection of her journey in the spotlight — being signed onto a contract at only 14  years old, she went through that challenge of growing from a young innocent teen to a woman while the world watches.

She decided to name her album “Mala Santa” because she felt as if she is the music industry’s mala santa. In Spanish “mala” means “bad” and “santa” is referring to the concept of “holy” in her lyrics. So in essence she is a singer who is neither bad nor holy, but something in between.

“I think people now understand and see that I am still very much so that sweetheart, that little angel that they first met, I’ve just grown up into a woman,” Becky G said in an interview with Billboard.

Out of the 16 songs on her album, nine of them feature other artists; a great amount of collaboration went into completing this. Every song has a catchy chorus, an undeniable beat, and Becky G’s amazing voice serenading listeners. Most of her songs have themes such as love, drinking, partying, heartbreak and misunderstandings.

While these themes are quite similar among most pop, the catchiness and fast-paced songs are enthralling. Each bop on the album encourages listeners to dance along.

Her song “ME ACOSTUMBRE” featuring Mau y Ricky is one of my favorites on the album, really showcasing her vocals with bigger runs and more focus on her voice.

The must-listen song will have to be “MALA SANTA” as it is a sensual play discussing essentially her naughty and nice side, which ties to her album cover of her in all black on one side and all white on the other: a balance between her devilish and angelic aspects.

Overall Rating: Regardless of your Spanish comprehension, this album is a crowd pleaser for anyone needing an album to dance to.