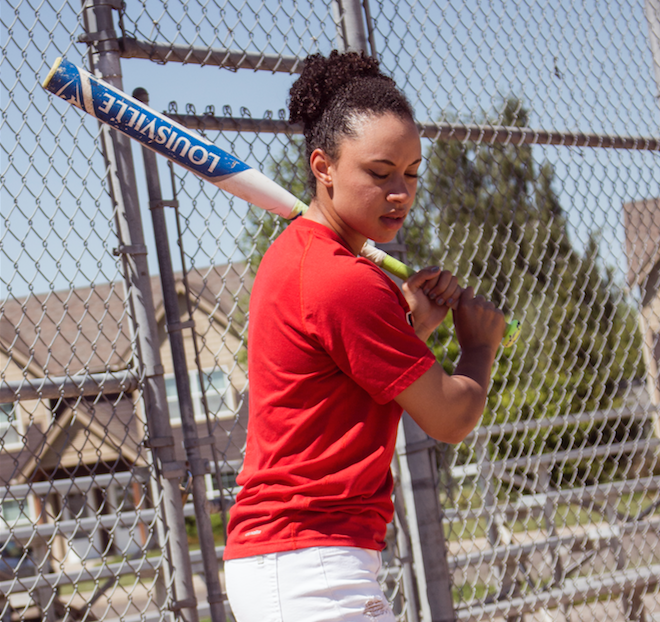 Believing starts internally. For Tyler Creach, a first-year business major, and outfielder of the Wolves softball team, this much is so. Whether Creach plays softball, studies, or acts, it’s then about having confidence.

“That’s when you can really do things,” said Creach.

Creach believed in herself when she led her Portland high school team to a state championship. She trusted in herself: that she could start in her first year at Western, and in proving she could cover all of the bases as a utility. The Portland native drove the belief home, when she finished the 2018 season second in the GNAC in hits, and third in runs scored. Creach also believes in a future business career around sports, and an acting career.

“Aspiring,” Creach emphasized. “I don’t think I’ve been in enough things to say I’m an actress.” But it is something she says she’s highly interested in and pursuing while in college.

“Well when I was in high school, I took a film class, and that was more of studying different film techniques and doing scene studies … I’m kinda just open to learning more about it,” Creach said.

That learning will take its course over the summer, as she’ll continue to look for casting calls in the area, like the opportunity she seized last summer when she acted as an extra in the Netflix series “Everything Sucks!”

The big dream, however, is to be in a Star Wars movie.

Thrilled from the news that the saga will roll out another trilogy, she followed saying she wouldn’t want to be a Jedi, however.

“Oh no, no, I’d want to be a bounty hunter. First of all, I love the Fetts: they’re my favorite characters. And so I’d definitely want to be this badass female bounty hunter,” she commented.

It’s a fun thought for Creach, but she says she’d be delighted at the idea of being a part of the growing movement in cinema that includes strong female characters.

The drama also played out on the diamond, with Creach being one of Western’s standout performers.

To set the scene: Creach nears the on-deck circle motioning a few full swings, eyeing down the trajectory of her aluminum bat.

Kendrick Lamar’s “HUMBLE.” plays in the background during her walk to home plate. With quickness and speed, Creach poses a dual threat: she can measure for a bunt and then take off running, or she can full on hit for the outfield.

She stares at the pitcher intently, with a pierced gaze, like a statue. When the ball is thrown, it’s no match. Creach crushes it like the gravitational pull had shifted and the ball went far and away.

Creach kept believing and stayed dedicated, and that’s when everything came full swing in a playoff game against Simon Fraser, on May 4, the last of the Wolves’s season.

Six years to the day her team played Simon, Creach had to undergo a heart procedure.

Creach was born with Wolff-Parkinson-White Syndrome.

“I basically was born with an extra electrical node in my heart,” Creach said.

From the moment Creach and her family discovered her syndrome, a heart procedure was soon performed where doctors removed the extra node.

“I still have (Wolff-Parkinson-White) but it’s not going to be a problem. I can still play sports and do normal activities … I’m good to go now, so that’s the good thing, and yeah, it’s really surreal that that home run ended up happening on that day,” Creach commented.

In that last game of the season — an elimination game — and down 6-2 in the fifth inning, Creach smashed her first collegiate homer: a solo beam over the right wall. It was the last run of Western’s season.

The former-shortstop started her collegiate season primarily as a utility, but eventually worked her way to cover right-field for most of the season.

The lead off grew with confidence in her offensive ability. In 52 games played, her hitting allowed for a relentless on-base percentage of .483. Another big moment came in a April 15 matchup with Concordia, where she went four-for-four and scored every time for her team’s 8-4 win.

Creach is glad she chose Western, and felt that the team had a great season despite the outcome.

“I think we developed a lot and learned a lot this past season so I’m excited to see kind of how we do next year,” said Creach.