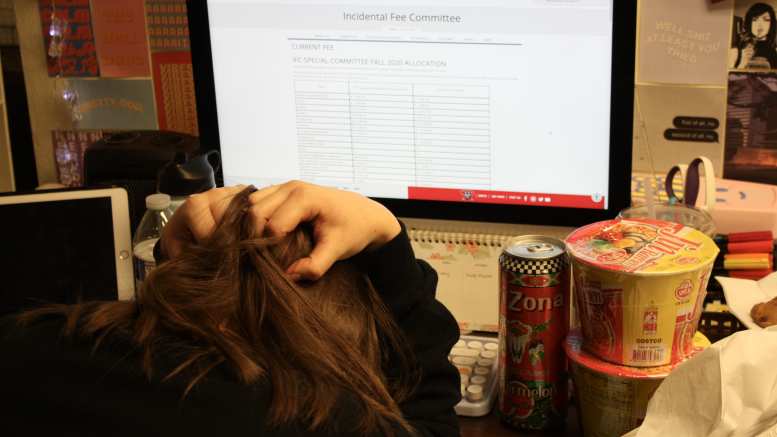 During the summer, the Board of Trustees determined the Incidental Fee Committee could not apply their fee to students taking online classes in the fall.

Currently, members of the IFC are discussing their plans for the upcoming winter term in Zoom meetings they host every Thursday. In the three meetings attended, starting on Oct. 15, the committee has established a 50% budget for each funded area. For fall term, the IFC received 52% of its funding after ASWOU President NJ Johnson and Western President Rex Fuller made a million dollar deal. However, the deal was made with the intent to fund the IFC only for fall term.

In the IFC’s third meeting hosted on Oct. 29 however, it was revealed by Johnson that after the IFC’s second meeting held on Oct. 22, he and President Fuller met to discuss potentially receiving another one million dollar stimulus package. From the third meeting’s transcript, Johnson explained that a stimulus package was possible but could not answer affirmatively. IFC Chair Juliana Cameron and Johnson plan to meet with Fuller to solidify the deal.

In addition to the million dollar stimulus, the IFC intends to apply their fee this term.

“We should charge a fee, not just to keep service and staff, (but) to give students a say. We should charge as little as possible,” said sophomore political science major and IFC member Quentin Kanta.

Cameron affirmed with Kanta, voicing potentially applying a $25 fee for winter term. All members were in agreement that the fee should be kept low. Before the IFC can apply their fee, the decision to give the IFC power to define a fee-paying student — made by the Special IFC in the summer — must be approved by the Board of Trustees.

All funded areas must present budgets reflecting 50% funding and include money left over from fall term. All fee proposals, budget outlines and stimulus agreements must be submitted to the Board of Trustees by Nov. 18. The IFC is not being required to go through a subcommittee this time.

As more information is released this story will be updated.

The Freedom Center opens in WUC