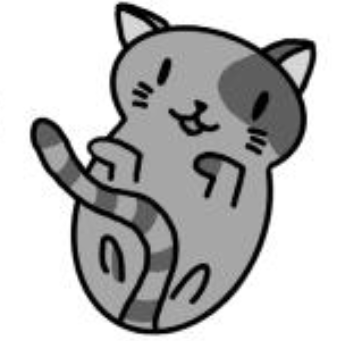 CATS HAVE ELBOWS AND KNEES

Cats are quadrupeds, meaning they walk on all four limbs. Some mistaken people would argue that because they have four legs, cats have four knees. This, however, is not an anatomic fact.

Bridget Parker, a senior studying biology with an zoology emphasis and an intern at Wildlife Safari specializing in big cats, knows that cats have elbows.

“Cats have two sets of joints in their forelimbs: an ankle and an elbow. Their ankle is just above their toes and are fairly similar to human wrists. The second joint is their elbow and is located about midway up their forelimb,” said Parker.

A more in-depth look that the anatomy of feline limbs — discussed on pets.thenest.com — shows that they have two different types of joints: hinge joints and condylar joints. Hinge joints are like human elbows and ankles, and condylar joints are similar to human knees. Cat’s elbow and knee joints are located further up on their limbs than human limbs. Felines have a elbow-like hinge joint on each front limb and a condylar knee-like joint on each back limb. This means that a cat has two elbows and two knees. Doctor of Veterinary Medicine Greg Martinez even acknowledges that cats have elbows in his videos on YouTube.

Miseducated people may also say that since the front limbs bend in the same direction as the back limbs, they must all be the same kind of joint. These people are mistaken. What looks like the knee on the lower hind limbs of a feline are actually the tops of their elongated feet. Their actual knees are located closer to the hips. Therefore, the hind leg knee joint bends a different way than the front limb elbow joint.

Just because cats have four legs does not automatically mean that they have four knees — this would mean that each limb had the same kind of joint. This is simply and scientifically not true. Furthermore, cats have patellas, or kneecaps, on their hind legs. They do not have kneecaps on their front legs. This clearly proves that cats have two elbows and two knees.

CATS ONLY HAVE KNEES

When you look at a cat, a lot of things come to mind. Such as “ball of anger”, “pure evil”, and “the furry animal that is cute, but could shred you to pieces” — just to name a few. There are many things about them that are odd. Cats could even have their own conspiracy theories centered around them because everything related to them is questionable.

It wasn’t long ago when I came to the profound conclusion that cats in fact don’t have elbows, and only have knees. When you watch a cat walk, their legs all bend in the same direction. If you look at a human, their knees and elbows bend in different directions. So who is to say that cats have both knees and elbows?

In my scientific research and opinion (from watching my cat) feline creatures only have knees. I mean, who just looks at a cat and says, “Yeah, that animal has elbows”? When I look at a cat, their appendages all appear to be knees. If you think of a knee as a weight bearing joint, then that proves my point of cats only having knees, instead of having both elbows and knees. People don’t call cat appendages “arms”, they’re called legs, and legs have knees. Therefore, again, CATS ONLY HAVE KNEES. It’s like arguing about cereal being a soup, or whether or not Lighting McQueen has car insurance or life insurance.

People who like to flex their researching skills would quote a person who is studying biology, or even veterinarians who post on YouTube. They would use quotes from these people who claim that cats have elbows, clearly spreading FALSE INFORMATION. We all know that false news is the worst.

It makes no sense, but also complete sense at the same time. I just have this deep gut feeling from being a “cat expert” (I have three cats, so I can give myself that title) that cats only have knees. You wouldn’t question a mathematician when they say that one plus one equals two. So why would you question me, the cat expert?