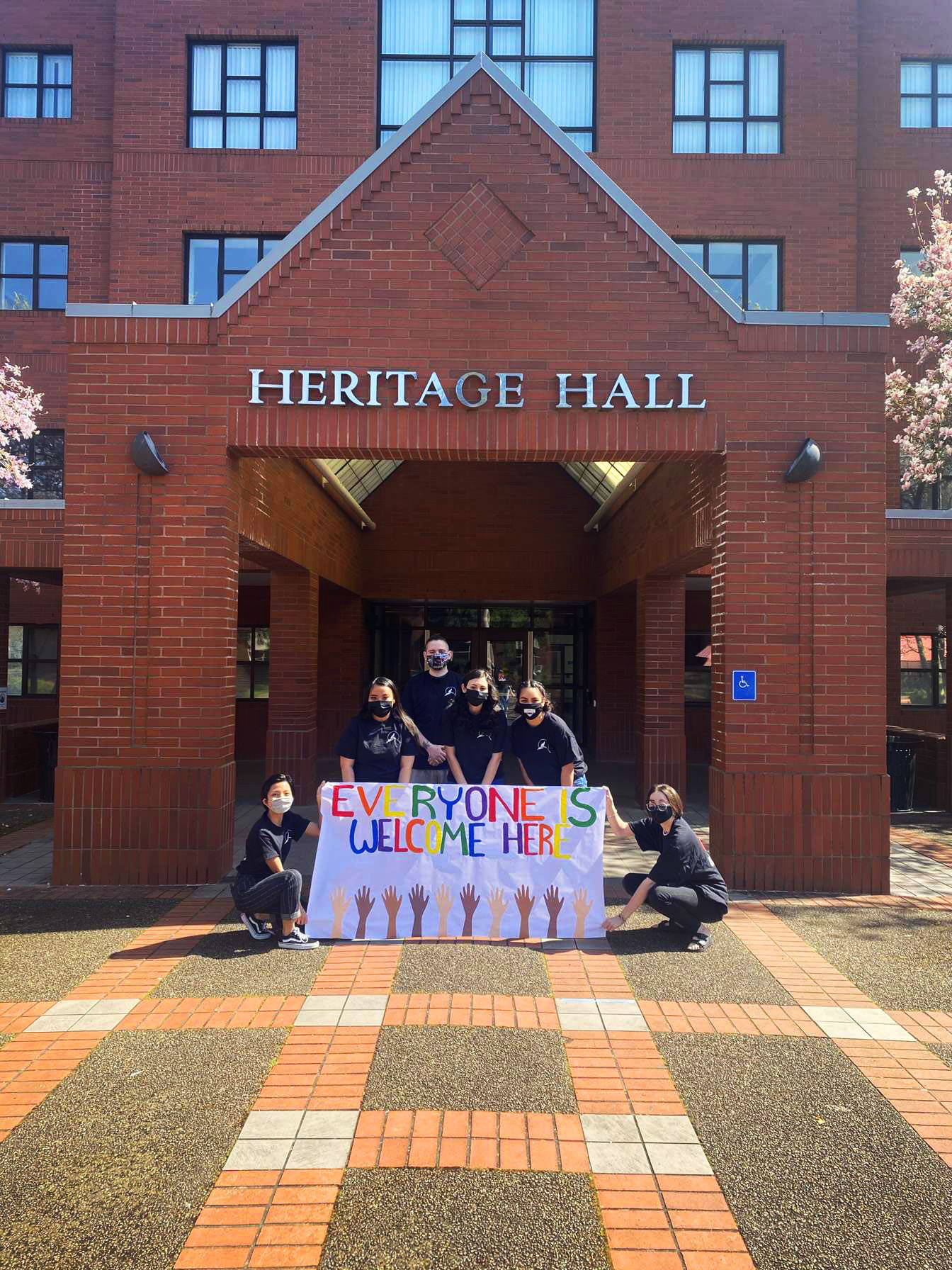 Since 2020, there has been a 149% increase in hate crimes towards people within the Asian American and Pacific Islander community, according to the Center for the Study of Hate and Extremism.

Student leaders from the Heritage Programming and Activities Committee were the first to take to social media last Wednesday. Citing Western’s leaders, including University Housing and University President Rex Fuller, HPAC found their silence around hate and discrimination towards AAPI community members disheartening, frustrating and disappointing. After a Feb. 28 hate crime reported by the Collegian towards a Willamette University student and the March 16 mass shooting in Atlanta, Georgia killing a total of eight people, six of them being Asian American women, HPAC expected some acknowledgment or condemnation of AAPI hate.

“We as your student representatives (refuse) to stay silent,” said HPAC’S March 31 Instagram post. “We stand in solidarity with all of our fellow residents and (will) continue to actively advocate and fight for our voices to be heard. Black lives (still) matter, and that will not be ignored or pushed aside.”

Within the comment section of the post, University Housing was the first to reply with “Love this!!!!” with students replying the response was not enough or asking why they had not made an official statement of their own.

“This campus has an atmosphere that creates silenced violence among students, especially student leaders,” said HPAC members. “The current administration flaunts instances where they did the bare minimum and hides instances where they exhibited gross insensitivity, and where they took the credit for things that others did. Western Oregon University’s administration must dedicate itself to reevaluating its responses and responsibilities towards its students, the staff, and the future.”

A day later, University Housing sent out an email to students living on campus and made an official statement via their Instagram page.

“Hate has no place here,” said the April 1 Instagram post. “University Housing stands with all of our students in condemning the recent violent racist attacks perpetrated against the Asian American community.”

Housing “applauded” the student voices that had taken to social media and thanked students for challenging them to do better. Following HPAC and Housing, other university leadership groups released statements of their own, including Student Engagement, ASWOU and the Student Activities Board.

The Western Howl reached out to Strategic Communication and Marketing last week, inquiring whether administration intended to make a response to the discrimination and violent acts towards people in with the AAPI community. MarCom replied stating the university marketing team published an email sent out by Provost and Vice President of Academic Affairs Rob Winningham to university staff only on March 18 in response to the Atlanta, Georgia shootings. Originally the statement was not intended to be representative of the entire university. However, as of April 6 an email under the Provost address has been sent out to students apologizing for the inadequacy of the original statement released.

Although HPAC acknowledged other statements that had been made, the committee is dedicated to holding the university to its promise of inclusion and its pride of diversity.

“The inaction of campus leadership has caused the student-body to feel frustration, fear, and isolation,” said HPAC. “As student leaders, we acknowledged the experiences of others and ourselves and worked to push towards change that will benefit the future. Incoming students must be willing to learn as individuals how they can make a difference, challenge themselves to critically examine societal norms, even when it’s uncomfortable and push to compassionately advocate for all.”

Going forward, HPAC says it intends to not stop until the university acknowledges and fulfills its promises of fighting against injustice, and prioritizes inclusion and diversity.

“Both AJ Owens, my co-adviser, and I are proud of our students for speaking out against injustices and violence against … AAPI communities,” said Heritage Resident Director and HPAC Advisor Michael Carroll. “We’re grateful to have student leaders who are thinking of other students’ needs and who advocate for support for all of our students, especially those from marginalized identities and backgrounds.”