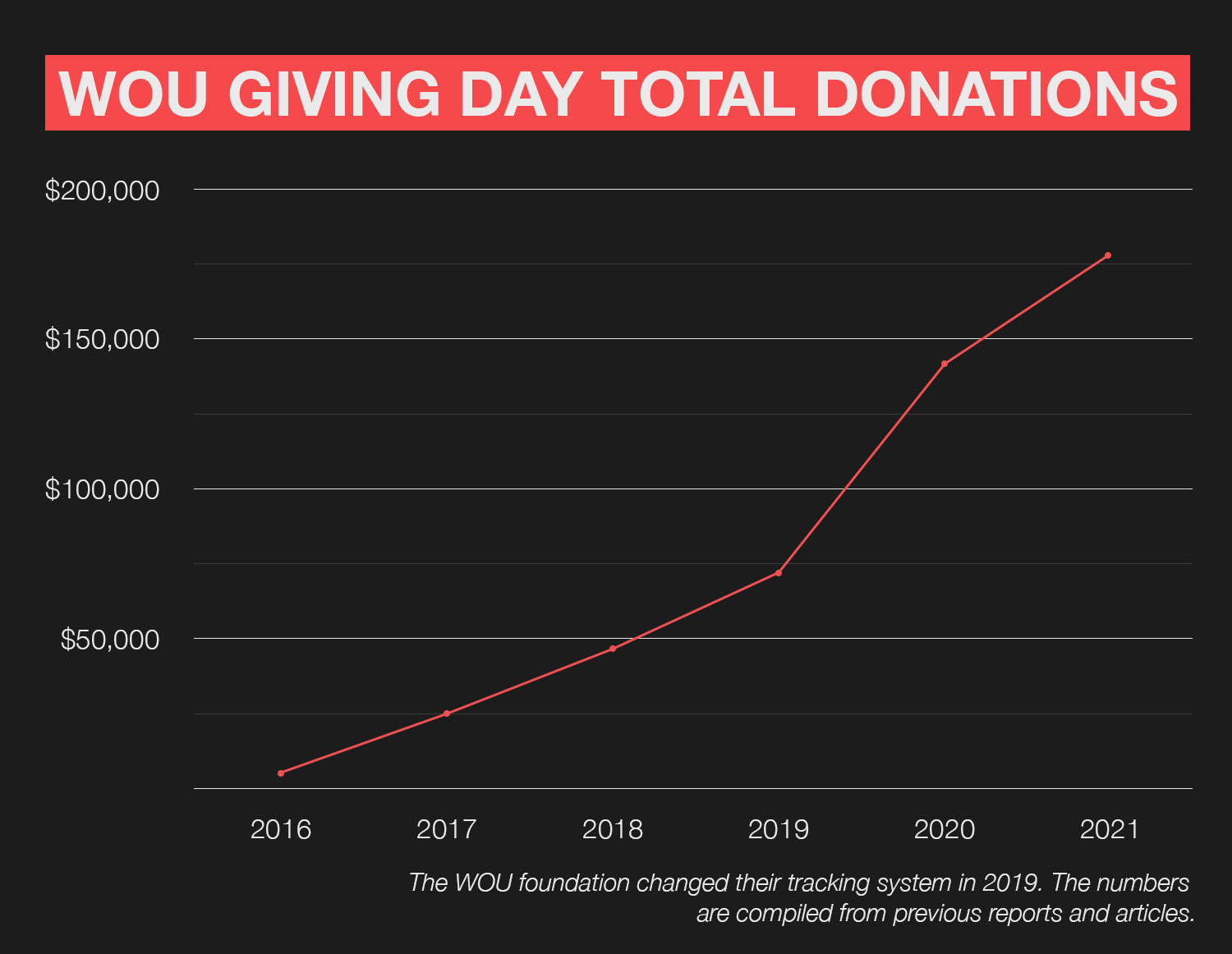 The Western Oregon University Foundation surpassed 800 gifts from donors on March 2 from this year’s Giving Day, totaling an estimated $175,000 in donations despite financial challenges brought on by COVID-19. Since its establishment in 2016, Giving Day has brought in approximately $460,000 for various departments, scholarships and programs on campus.

“The 2021 WOU Giving Day was like past years,” said Executive Director of Advancement and WOU Foundation Erin McDonough. “We sent out a mailing to about 10,000 friends and donors to the university, spread the word via social media, emails and had an all-hands-on-deck approach in the Student Philanthropy Center phone-a-thon.”

One of the larger changes for this year’s Giving Day was the Foundation licensing new software known as FundRaker.

“This software … allows for groups to engage friends and family in giving to their program, club or team,” McDonough explained. “It also allows for text messaging and social media outreach.”

For the pilot version of the software, the Foundation had eight groups voluntarily participate. According to Mcdonough, the groups that participated raised over $40,000. In contrast to Giving Day spanning only one day, the FundRaker software will be available for use by campus groups from April 1 through Dec. 31.

“We think this day has been critical in strengthening (Western’s) culture of giving and is a reminder to everyone that it does not matter the size of the gift,” said McDonough. “When they are added together, they become something truly inspiring and impactful.”

In addition to new software, the Foundation has implemented a new scholarship known as the Budding Neighbor Alumni Presidential Scholarship. What makes this scholarship unique to Western is that the donor is a Gold Alumni — a graduate of the last decade.

“Special thanks to April Lindsey ’15 and her husband Aaron,” said McDonough. “By leveraging Nike’s generous employee giving match program, we believe she is the youngest person to ever endow a scholarship at (Western)!”