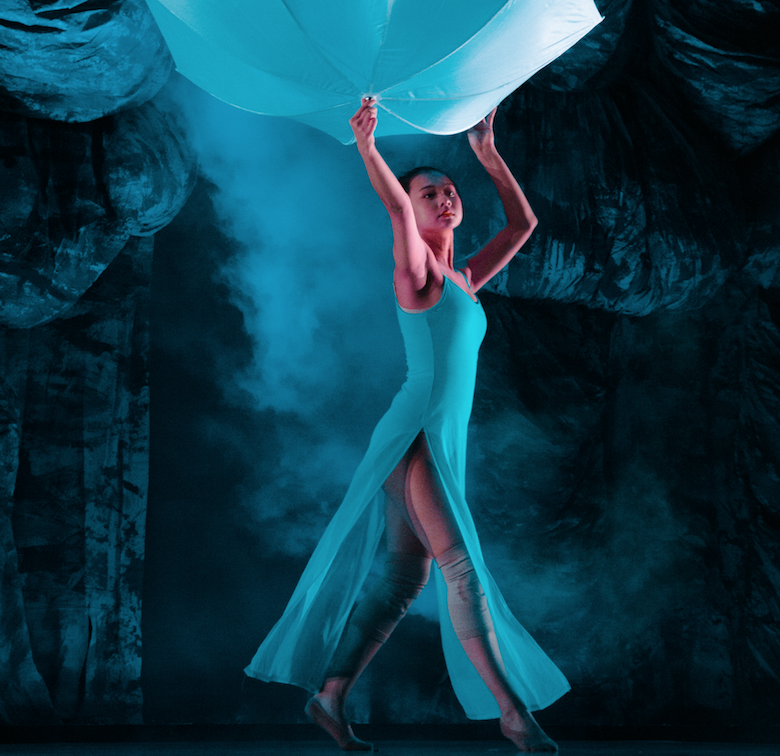 One by one, the audience shuffled to their seats and waited in anticipation for the art they’d soon witness. After some time, the lights slowly dimmed to full darkness. With a hush that consumed the room and the sweeping of a curtain, it was time for the show to begin.

The 2018 Spring Dance Concert took place from May 10-12 in Rice Auditorium. Showcasing the work and dedication that went into 10 different performances, audience members showed up and supported the art that their friends, family and peers had worked to perfect.

The show displayed the work of students, alumni, and the Rainbow Dance Theatre, as all worked together to put on the two and a half hour production.

From the eyes of a viewer, what was seen was nothing short of phenomenal. Opening with a performance titled “Last Light,” choreographed by senior Andrew De La Paz, audiences saw animalistic forces charging after the dying light presented by soloist senior Alaina Meyer. Ultimately, the piece showed that no matter how hard the force attempted to steal the light from her, she would not surrender.

This piece set the scene for the rest of the concert; from then on, audiences were able to see more dark material, with visuals that would send shivers down one’s spine and had perfectly chosen music to match.

These dance performances didn’t shy from tackling controversial topics, such as the stereotypes surrounding different races brought to light in “One,” choreographed by senior Tunya Dhevaphalin.

“Each piece told a story,” explained dancer sophomore Noah Nieves Driver. “Whether it be one of determination, grief, or just for pure entertainment … (each was) full of everyone’s heart and soul.”

Art was exhibited within each performance; the set designs, the lighting that flawlessly reflected the mood of the piece, the film used in choreographer Kristie Lauren’s “Chalk, Chalkboards, and Classroom Covens,” and even the painting produced on the spot by Professor Gregory Poulin in “Men Dancing: the Painter,” choreographed by dance professor Darryl Thomas in collaboration with the dancers — all left the audience in awe.

Behind the curtain, what made the production of this art possible can be seen.

“A lot of preparation went into the Spring Dance Concert,” said dancer sophomore Maria Krueger. “We put five months worth of rehearsal time in, with practices twice a week for two hours each practice.”

Krueger was a part of two performances: “Last Light” and “False Hologram.” She added that, on top of the work she and the rest of the crew put into the pieces, there were also “two previews during that time, where the dance facility overlooked the dances and helped students perfect their pieces.”

With numerous dancers involved, choreographers, costume designers, lighting designers and more, the hours on top of hours and immense passion put into the production was evident.

Following the final piece, “The Garden of Earthly Delights,” choreographed by Valerie Bergman and professor Darryl Thomas, both a part of the Rainbow Dance Theatre, the show came to a close. As the faces of each performer made their way to center stage to take a final bow, much of the audience gave a standing ovation to show their respect and admiration towards everyone involved.

Driver noted that as he was taking his bow, he felt “sadness that the run is over … and happiness to finally have free time again.”

“It felt amazing to perform these pieces, to show off five months of hard work,” added Krueger.

As the lights brightened the room and the audience made their way down the rows and out of the auditorium, those involved in the show were greeted with the smiling faces of all of their supporters, waiting to congratulate them on the work they had done.