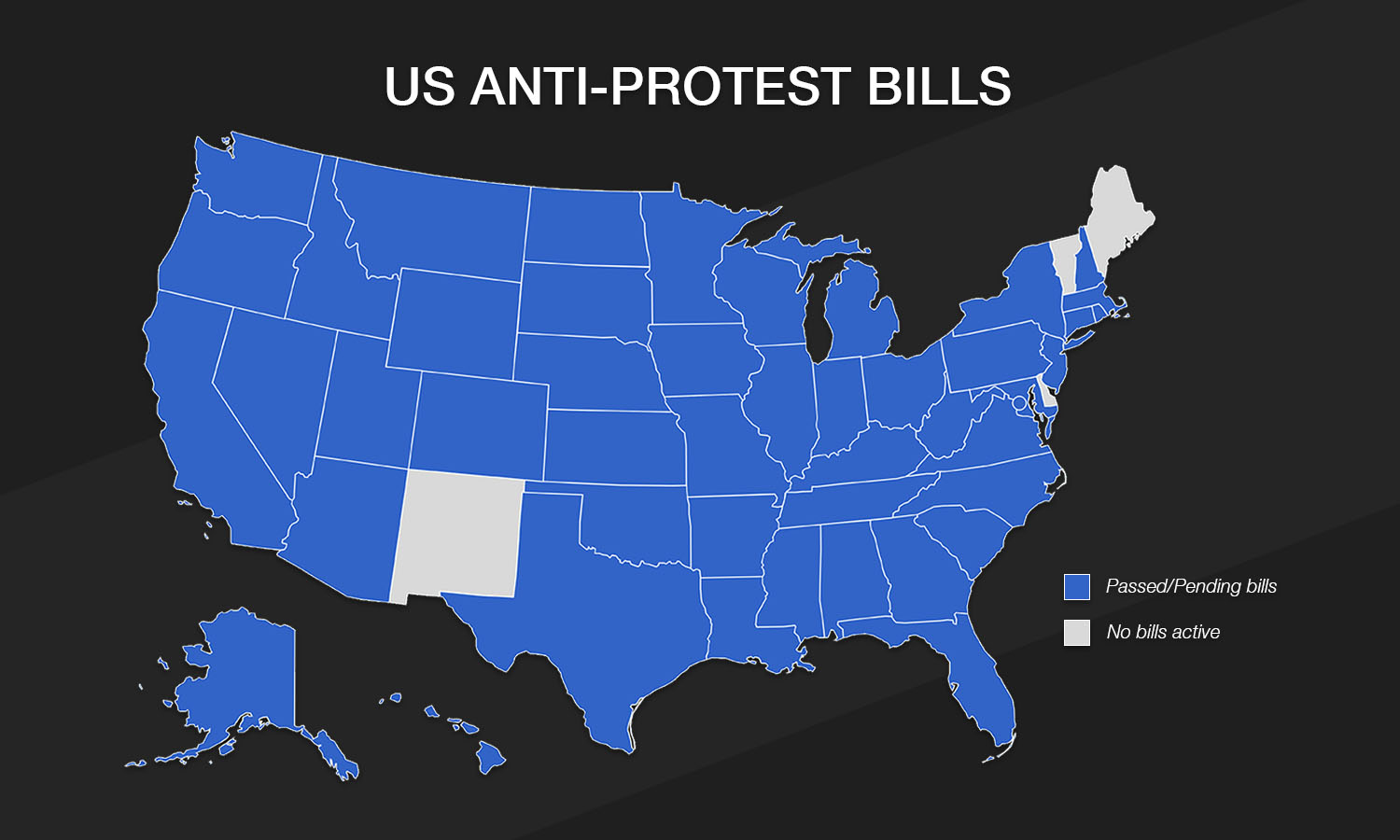 A national debate over peaceful and violent gatherings has sparked U.S. lawmakers to engage in writing “anti-protest laws.” 46 states have currently proposed or passed bills.

In Oregon, there have been three bills presented; two of them have been defeated or expired, while one known as House Bill 3329 — introduced on March 2 — is currently under review by the House Committee On Judiciary.

Under the bill, vehicles or people blocking roadways would be classified as a Class C felony. Convicted of the felony, people could expect to serve up to five years in prison and pay around $125,000, done during a ‘violent or disorderly assembly,’” according to icnl.org.

Additionally, the legislative proposal introduced a Class C felony for “engaging in threatening or intimidating conduct” in public, which disqualifies people from receiving financial aid from the state if convicted of these charges. In addition, it prohibits immediate release if arrested for rioting or for “violent” behavior, and gives protection to police if a person filing a civil claim was “grossly negligent.” More information about the specificities of the bill can be found at incl.org.

Associated Students of Western Oregon University President NJ Johnson said he believes the bill is in direct response to People of Color in Oregon after a full year of using their voice to protest.

“Whether we want to admit it or not, the state of Oregon has a history of trying to silence the voices of People of Color,” said Johnson. “This is obviously a bill (that) if passed is going to be implemented largely to punish and silence People of Color for speaking out against racial injustice. I want to make it clear (that) a lot of this violence that we see and blame on protesters is incited by law enforcement.”

Opinion: Violence is not a one party problem