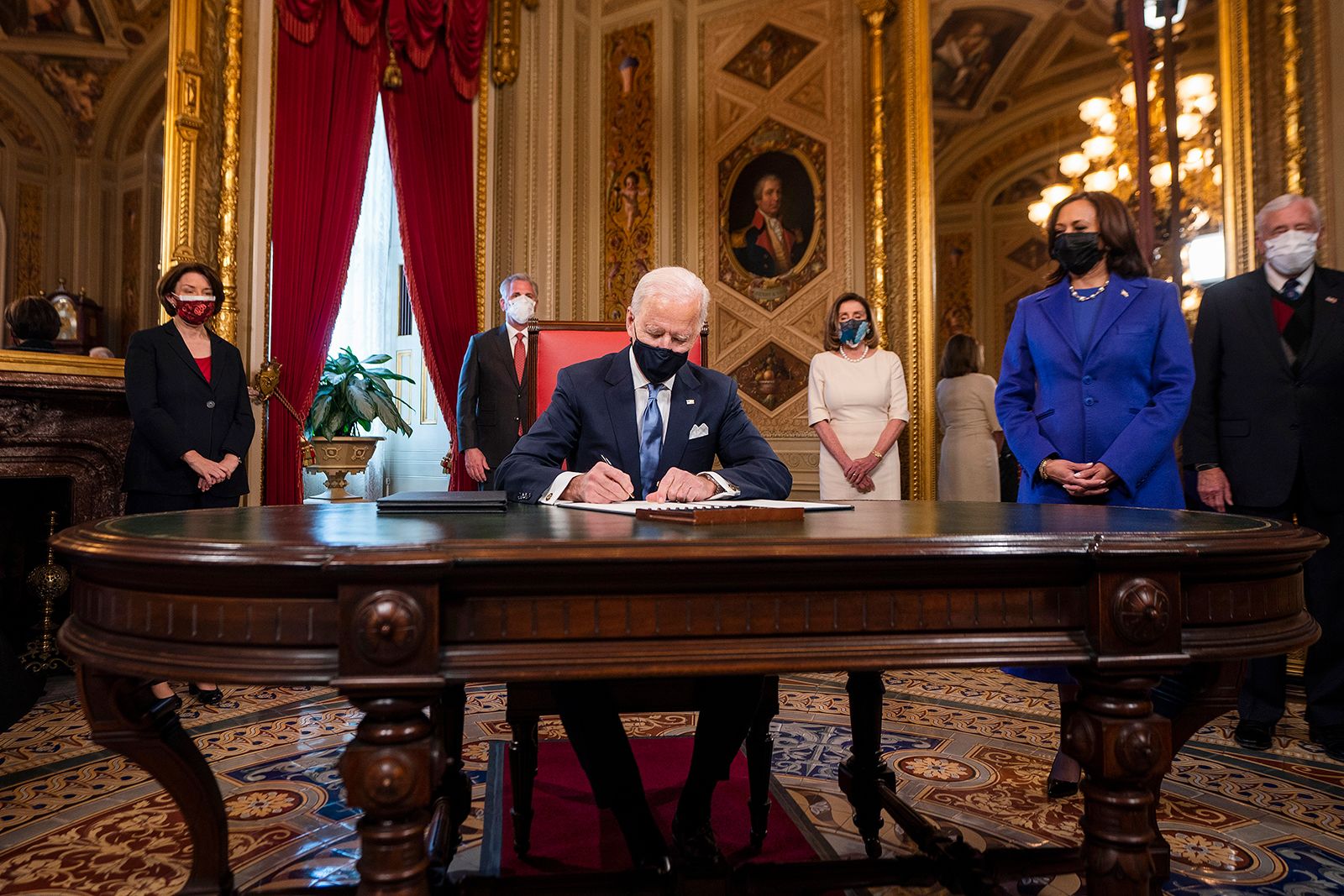 On Jan. 20, President Joe Biden and Vice President Kamala Harris made a peaceful transition to office.

“This inauguration marks a new chapter for the American people — one of healing, of unifying, of coming together, of an America united,” said Presidential Inaugural Committee CEO Dr. Tony Allen in a Jan. 11 press release. “It is time to turn the page on this era of division. The inaugural activities will reflect our shared values and serve as a reminder that we are stronger together than we are apart, just as our motto ‘e pluribus unum’ reminds us — out of many, one.”

Following tradition, Biden made his presidential vows over a Bible that’s been in the Biden family since 1893. In an interview with Late Show host Stephen Colbert, Biden explained the Bible had all the important dates from being sworn into any government office. Veering from tradition, former President Donald Trump did not make an appearance at the ceremony, and had Vice President Mike Pence stand in his place.

“We have worked hard. We left it all — as the athletes would say — we left it all on the field,” said Trump in his farewell address to Joint Base Andrews. “I wish the new administration great luck and success. I think they’ll have success. They have the foundation to do something really spectacular,” said Trump.

The former president concluded the speech, announcing he would return in some capacity, before flying to Florida on Air Force One for the last time.