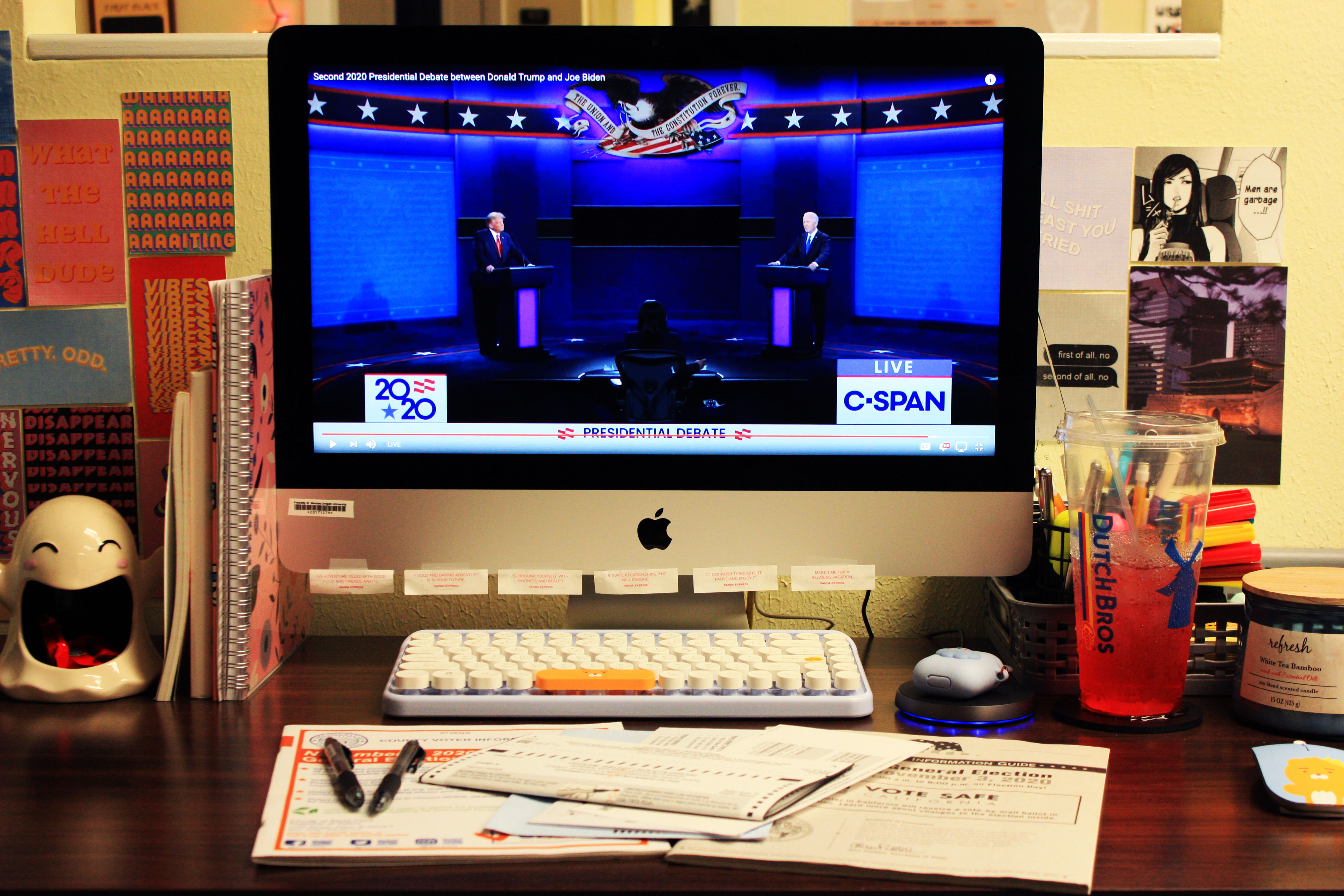 On Oct. 22, 63 million Americans tuned in to the final presidential debate between President Donald Trump and former Vice President Joe Biden, according to nielsen.com.

Western students interested in watching the debate were invited to a viewing party hosted on Discord by Turning Point USA  — a bipartisan political club on campus. During the viewing party students could comment on how each political candidate addressed moderator  Kristen Welker’s questions about Fighting COVID-19, American Families, Race in America, Climate Change, National Security and Leadership.

“The candidates were much more civil this time with a lot less interrupting,” said junior business major and Event Coordinator of Turning Point USA Joe White, “at least in the first half anyway. It did seem to kinda fall apart towards the end.”

For the first presidential debate, the Commission of presidential debates received a lot of criticism from the American people regarding the lack of control the first moderator, Chris Wallace, had over the candidates remaining within their two-minute speaking time and their lack of civility towards one another. In White’s personal opinion — which he explains is not reflective of the club or the members associated with it — he felt the moderator in the final debate did a great job delegating each candidate’s talking time.

“There wasn’t a whole lot of interrupting from what I saw and it didn’t feel like two little kids fighting and having a teacher come break it up,” said White. “This time around, I felt the moderator was sweet, and she also had a spine; she wasn’t getting pushed around. It felt like she knew what she was doing but she also knew when to reclaim her time in a way.”

Although candidates were socially distanced and audience members were required to wear masks, in contrast to the vice presidential debate that utilized a plexiglass covering to protect candidates Senator Kamala Harris and Vice President Mike Pence, plexiglass coverings were not used in the final presidential debate despite Trump testing positive for COVID weeks prior.

“You would think the more important a person is, the more you’re going to want to protect them,” said White. “I was surprised to not see plexiglass between them. I guess I didn’t really see a point unless they are facing each other. If they’re facing each other, I would understand it being there, but if they’re not then I would understand it not being there.”

In Oregon, it’s estimated by AP Election Research and Quality Control that the percentage of votes cast in advance compared to the General Election in 2018 is up 47.8%. It’s been estimated by Michael McDonald of the University of Florida’s Elections Project that around 52 million Americans have voted early as of  Oct. 27.

White hopes that after the election people respect who is voted in as president and respect the outcome of the election, whether it’s President Trump or former Vice President Biden.