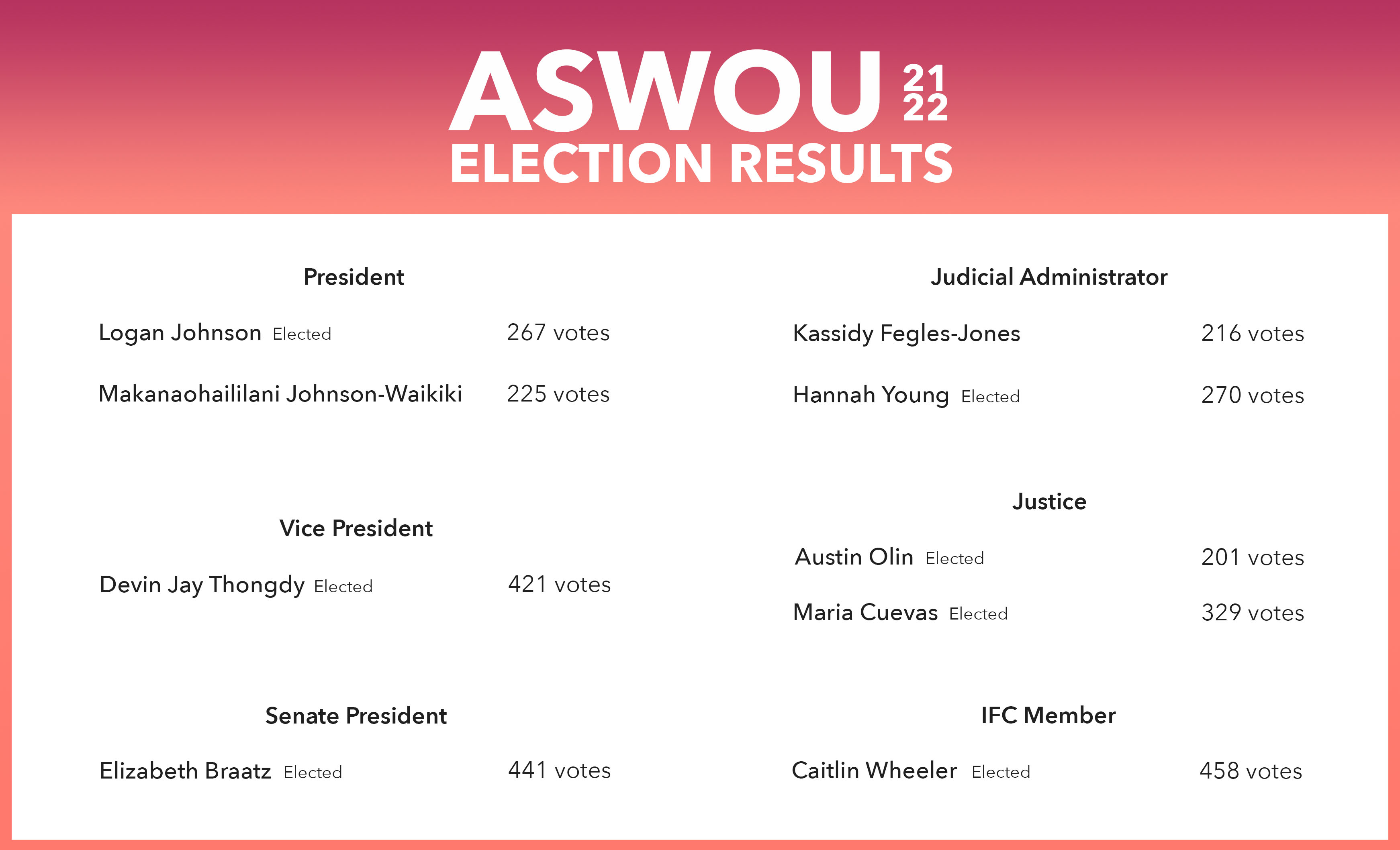 Elections Committee delays certification after a grievance presented to the committee

After a week of candidates campaigning, the Associated Students of Western Oregon University Elections Committee has selected the candidates that will be representing Western students for the upcoming school year.

Prior to the public certification of the election, the committee received an “outstanding grievance request” from one of the candidates, according to committee chair Houston Winslow.

“Our hearing (on April 27) was pursuant to a grievance regarding the actions of some members of the football team, coaches and players, who advocated a vote for the candidates Logan Jackson and Hannah Young,” said Winslow. “One coach sent a message to players saying: ‘VOTE! Or 1000 versa monday ;)’ which was challenged as threatening voters, a violation of our election’s bylaws.”

Ultimately, the grievance was determined by the committee to not be the result of any actions taken by Jackson and Young, and the candidate that submitted it did not file for an appeal; the committee certified the election results on April 28 at 8 a.m.

“Everything went through the proper channels and it was eventually proven that there were no signs of wrongdoing which I expected,” said junior public policy and administration major and newly elected ASWOU president Logan Jackson. “I think after witnessing such a ‘bumpy’ national election last year, it was made clear that elections may not always go as smoothly as planned.”

Following similar trends to the national election, Jackson made history at Western for being the first female Black, Indigenous and Person of Color to be elected into the executive branch of ASWOU.

“I think that it is a sentiment to that fact that we, as a university, are making progress because students of color are starting to want to be involved in leadership positions and decision-making processes,” said Jackson.

Looking towards the future, Jackson plans to work with all members of ASWOU as Western transitions from virtual learning back to in person and hybrid learning. She wants to ensure that students are comfortable and safe being in a lecture hall setting, and open opportunities to address and learn about the stress of members of the BIPOC community.

Additionally, Jackson advocated for the community to remain proactive during the current health crisis.

“Now that everyone ages 16 + are eligible for the vaccine, get vaccinated!” said Jackson. “We’re at a very pivotal moment in this pandemic where we have the ability to turn things around for the better — that being said, I encourage everyone to schedule their appointments, bring their friends, and ask questions if they have any hesitancy! We’re all in this together.”

What students need to know about current Oregon legislation

We are hiring for Fall 2021! If you are interested, fill out the staff applications HERE!