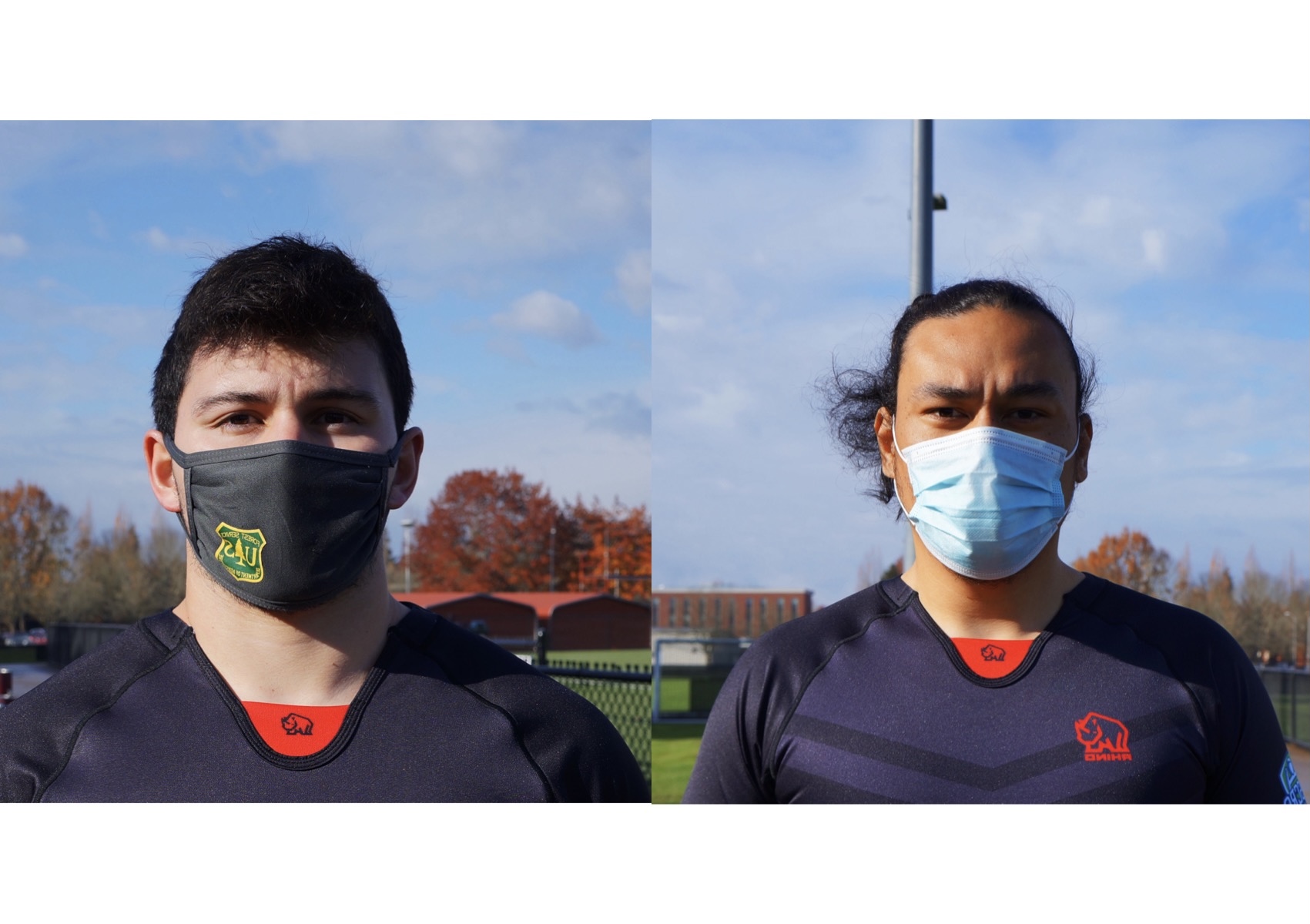 Due to current COVID-19 restrictions, club sport organizations like men’s rugby are not able to function under normal pretenses.

However, the rugby team found a creative alternative to normal game play: a virtual competition against other rugby teams.

In order to compete in the virtual “season,” men’s rugby earned points by performing various challenges in workouts and training.

In addition to the physical aspect of the competition, the virtual showdown awarded teams points for self promotion as well as community service. During the event, the rugby team reached out to Western’s Food Pantry after viewing their own promotional video, and asked if the team could make another one.

“It wasn’t part of any specific task,” said senior exercise science major and men’s rugby lock Spike Ripley. “It was just we as a team decided to be more active in the community. We are actually trying to change how Western Oregon’s rugby team is looked at. This is a positive way (to) be active and participate in the community.”

Since the rugby team published their video, the Pantry has received over $1,225 in donations, been shared 108 times (including by the USA Rugby National Team), viewed nearly 9,000 times and has reached over 20,000 people.

“My entire family … (was) asking me how they could help the Food Pantry,” said Letisi. “I told them food and money helps the Food Pantry and they said they would go donate real soon.”

In addition to helping our community, the team reported winning prizes from specific tasks they won during the competition.

“My favorite part, and I think the team’s favorite part, was winning new uniforms,” said Ripley. “We won the uniforms after giving the best answer for how we were able to stay in contact with rugby despite … COVID.”

Letisi added that winning anything during this season was motivational.

“We can’t have an actual season right now, but winning something gives us something to compete for.”

In totality, the team placed second of the 90 teams qualified to compete. Going forward, the team hopes to regain a sense of normalcy and play a real game of rugby after a vaccine is released.

An Election Year to remember