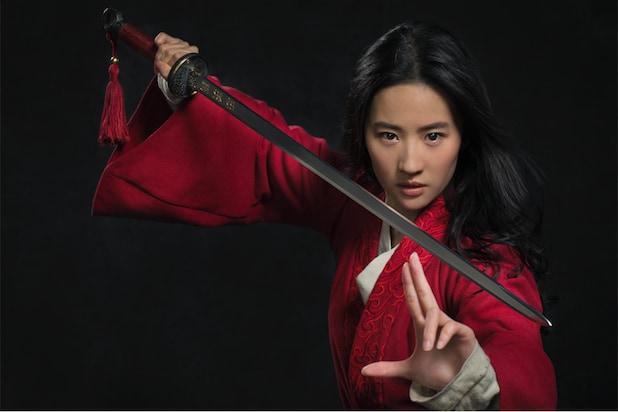 Discussing the controversy of Disney’s casting

Now, I’m going to go on record and say that the most complicated relationship in my life is with Disney. As problematic as it can be at times, I still greatly appreciate the things I gain from it — namely Star Wars, Marvel and Pixar — but I also acknowledge that they have an unhealthy obsession with trying to make it to the top of the box office every year.

Coincidentally, this obsession landed the company in hot water.

Before Disney released 2020’s “Mulan” exclusively on Disney+ in early September, Disney fans attempted to boycott the film. The problem didn’t have anything to do with the fact that Disney launched a more accurate rendition of the story, or the fact there was an Asian female lead character. Rather, the problem had to do with the actress cast as Mulan, Liu Yifei, and her stance on what’s been happening in Hong Kong.

In June of 2019, residents of Hong Kong protested for pro-democracy when Hong Kong attempted to pass a law that would extradite residents of Hong Kong to China. However, things took a turn when the police retaliated. The situation has gotten so violent that protesters had to use umbrellas to shield themselves from tear gas and other chemical weapons.

In response to the police force’s actions, Liu Yifei shared a controversial post on Sina Weibo, a Chinese blog, that read, “I also support the Hong Kong police. You can all attack me now.”

Perhaps what’s most upsetting about this situation is that Disney finally cast a Chinese American woman to star in a groundbreaking film, but some believe the actress they chose does not represent Asian people in a positive light.

Sadly, this is not the only casting problem in 2020; another example is the casting of Rosario Dawson as Ahsoka Tano in “The Mandalorian.”

Again I reiterate: the issue does not concern the fact that Dawson has a mixed diverse ethnic background — it’s about her beliefs.

In 2019, a lawsuit was filed against the Dawson family when they verbally and physically assaulted a transgender man named Dedrick Finley. Instead of facing consequences for her actions, she’s being rewarded by playing one of the most iconic and strong female characters in Star Wars.

I’m sure there are countless more controversial casting decisions that I’m not yet aware of, but regardless, the message remains the same. Disney needs to prioritize casting accurate portrayals of their characters over the amount of money they wish to make. Casting someone who fits the character’s ethnic background isn’t enough. The problem with Yifei and Dawson is that they have no affinity to their respective characters. Mulan would not condone police brutality in her country, and Ahsoka would not assault someone just because they’re transgender.

My intention with this piece is not to persuade anyone to not watch these films. Like I said before, I’m a huge Disney fan, and I’m still going to enjoy watching whatever content they produce; it is because I’m passionate about the characters and stories that Disney has created that I want them to strive to do better and succeed, without a cynical penny being spent.

If Disney can let go of their obsession, and shine a brighter spotlight on characters they’ve misrepresented in the past, they could win back the respect from fans that have left. With a new generation watching these movies, young audiences will have proper role models teaching them valuable life lessons.

Be the first to comment on "Disney’s Affinity War"