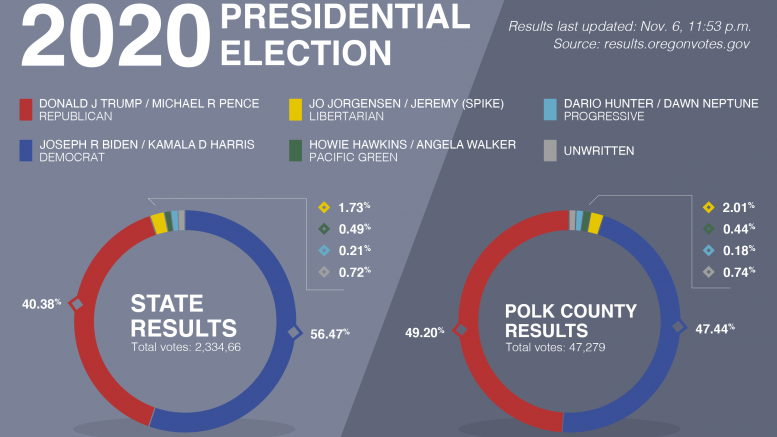 Currently, the national popular vote in the 2020 election is separated by 3.3% with mail-in and absentee ballots still to be counted.

However, none of the president’s claims or lawsuits have been contested by any of the courts due to lack of evidence. Currently, Biden and Vice President Elect Kamala Harris are projected to be the next leaders of America come January 2021 ⏤ unless Trump’s team provides evidence of massive voting fraud taking place in the major swing states of Michigan, Pennsylvania, Georgia, Nevada and Arizona.

Right and left wing supporters clash at the Capitol

Giving Day continues to draw in donations in 2021

Be the first to comment on "An Election Year to remember"