About the Pastega Award 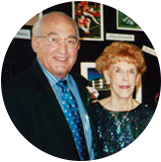 The Mario & Alma Pastega Awards represent Western Oregon University’s highest recognition for faculty and staff excellence. Two awards are given each year to faculty: The Pastega Award for Excellence in Scholarship recognizes significant and enduring scholarly or creative achievement; the Pastega Award for Excellence in Teaching honors teaching that engages, inspires and educates students in the greatest possible learning. The Pastega Staff Excellence Award recognizes classified or administrative staff members who demonstrate exceptional service to the university.  Each award provides a $1,000 honorarium.

History of the Awards

Beginning in 1985, three awards for scholarship, teaching and staff excellence were created through generous annual gifts from Mario Pastega (1916-2012), an Oregon soft drink bottler and one the state’s leading philanthropists and benefactors of education, serving as a trustee on the foundation boards of both Oregon State University and Western Oregon University.  In 1986, the first paired Pastega-funded awards in scholarship and teaching went to philosophy professor, Dale Cannon, for his work in philosophy for children, and Pat Gallagher, professor of education for her work in early childhood literature.  The first recipient of the staff excellence award in 1985 was Forrest Hiner, lead painter with the Physical Plant.  In 1997,  Mario Pastega and his wife, Alma, donated an additional $40,000, matched by the Oregon State System of Higher Education, to permanently endow the three annual awards in their name: the Pastega Award for Excellence in Scholarship, the Pastega Award for Excellence in Teaching, and the Pastega Staff Excellence Award.

The Mario and Alma Pastega Award for Excellence in Scholarship honors a full-time faculty member who demonstrates outstanding creative or scholarly accomplishments. Once nominees are received, the Honors Committee votes by secret ballot on whether there will be a recipient that year, and if so, who the recipient will be.

The Mario and Alma Pastega Award for Excellence in Teaching honors a full-time faculty member who demonstrates excellence in teaching and relationships with students, both in and out of the classroom. Once nominees are received, a screening committee submits a list of finalists to the president, who then chooses the recipient.

The Award for Excellence in Service recognizes faculty accomplishment in service, honoring work that engages and inspires students, going beyond the typical scope of faculty service.

The Mario and Alma Pastega Staff Excellence Award honors a classified or administrative staff member who demonstrates exceptional service to the university. Once nominees are received, a screening committee submits a list of finalists to the president, who then chooses the recipient.