I think that addressing letters and other types of mail may be considered a dying art (very broadly speaking). Many do not understand the intricacies of the system, or how easily they can be tripped up. If you haven’t watched the video All Systems at Work on my “How the Post Office Works“, you may want to take a minute to do this.

Have you ever tripped going down the stairs? Hurts, doesn’t it? Now, have you ever tripped while running down the stairs? I haven’t (that requires being able to run down stairs which I’m not coordinated enough to do), but one would imagine that the momentum your speed carries with it would make your injuries exponentially worse… or at least you would fall a lot further. Keeping that image in your mind, think about the letters you saw in the video whirring through the automated system, and then 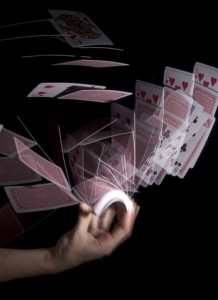 throw a binder clip, or a bad address into the mix; anything that would cause the system to stop. Not only would that whole system come to a halt, but it would be a massive derailment.

The speed with which the system travels is why it is so important to write neatly, and uniformly when addressing envelopes so the system can work smoothly. Your mail will certainly still be delivered if it is incorrectly or insufficiently addressed, but it could be delayed or even ripped if not “machine friendly”.

The following are reproductions of formats actually used in letters we have either received or sent out from Western. Seriously, I’m not making these up. But the names have been changed to protect the innocent. 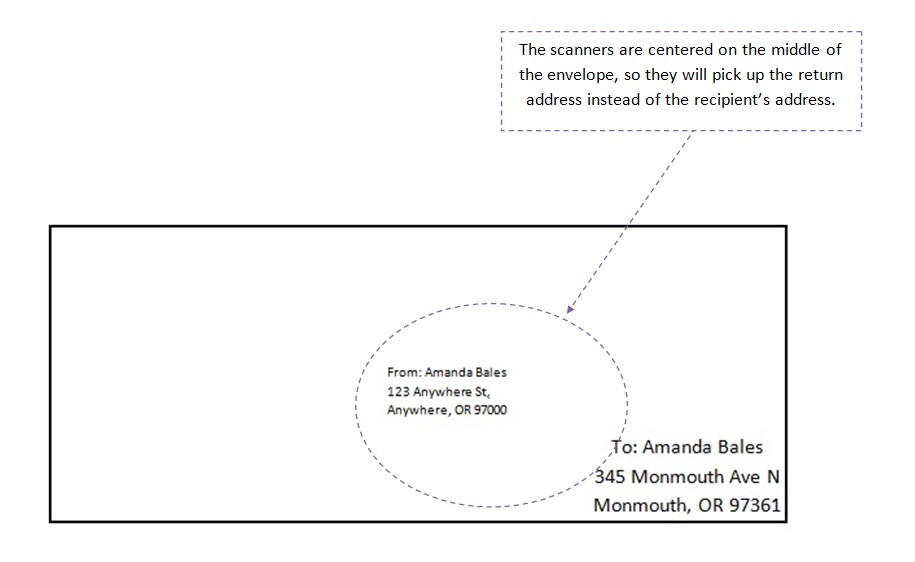 When scanning, the OCR’s scan from top to bottom corner, then left to right side, then top to bottom, all aimed at the center of the envelope, where the recipient’s address should be placed.  Because the recipient’s address is not centered on the envelope in the above example, the post office scanners will pick up the sender’s address, and send it back where it came from, delaying delivery, and possibly wasting a stamp. 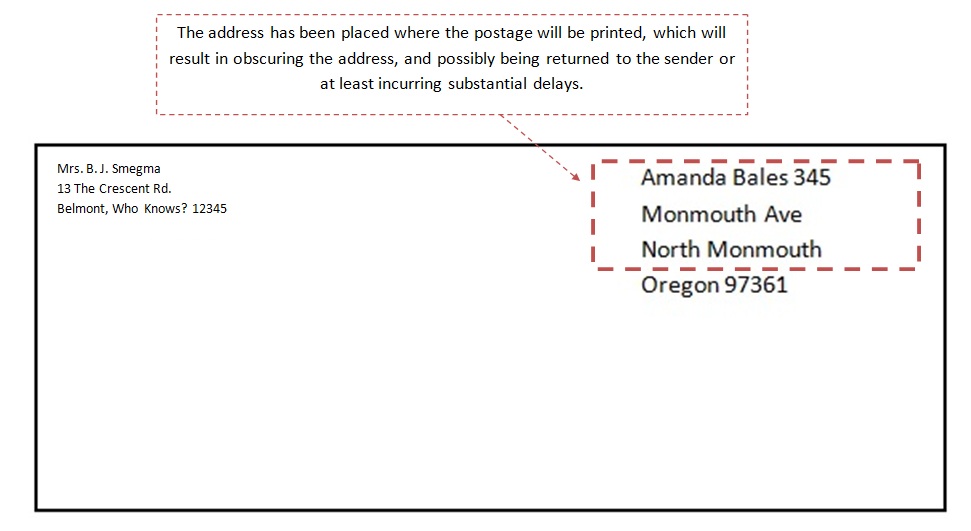 Once again, the recipient’s address is not placed in the middle like it should be, and it is in the area where postage needs to be placed. Best case scenario, the postage will be printed over the top of the address, but still be readable… but then the letter would be delayed because the OCR was unable to locate the address. 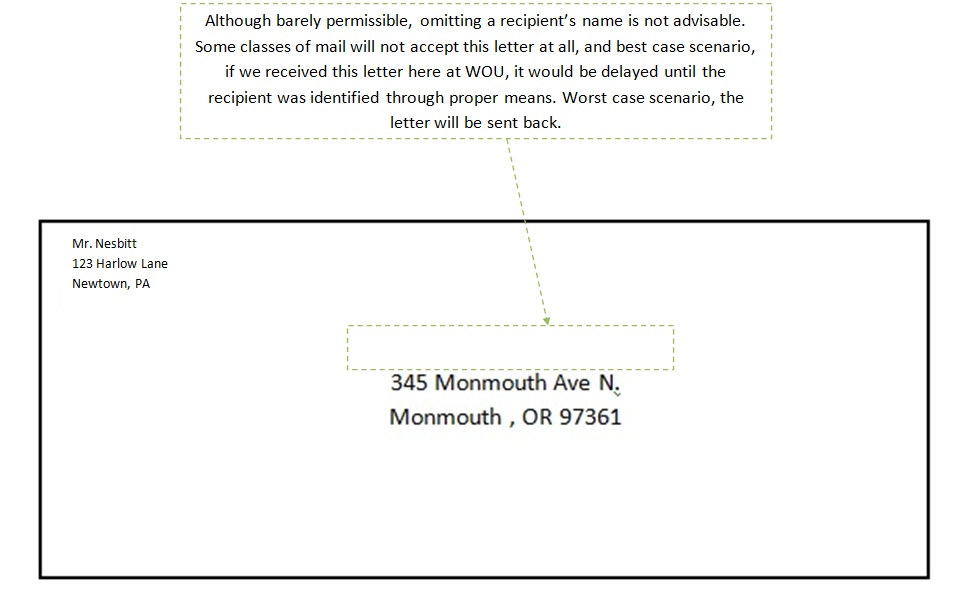 It never fails to flabbergast me at how this little formality has lost importance. The letter will most likely reach it’s destination, but if the address is anything larger than a single family home, then it may not reach the intended recipient. For example, if we were to receive this piece of mail here, in the Mailroom, we would have no idea where to send it. Sometimes we play detective and figure out where it might belong because of where it came from, but 90% of the time, this mail is sent to the President’s office where it is opened and sent to the proper recipient as they have the time to do this. The letter will reach it’s final destination, but there could be delays because of the lack of information.

About Amanda Bales 38 Articles
Mail Services Supervisor, former student worker. I have a BS in Psychology/Communications and a MS in Counseling. And I work in Mail.