I know it’s only the second week of classes, and I haven’t had the good fortune to befriend any Irish students yet -so as to debunk the following judgements and generalizations- but I honestly haven’t been getting very positive vibes from my Irish classmates. By and large (and again, I acknowledge what a grievous generalization this is), they are the most apathetic, listless bunch of twenty-somethings I’ve ever encountered, and I go to college in AMERICA. I cannot understate, however, how self-absorbed many of the students around me seem. In the lecture halls, for example, the vast majority make love to their illicit cellphones, hiding them in their laps, their thumbs working furiously and their eyes resurfacing every few seconds as though for air. This goes on for hours, during entire class sessions; behavior so evidently commonplace and unavoidable that even the most lucid of professors -Martin Malony for example- seem to roll over and surrender to the mass sea of vapid and bored lap-obsessed students. Why does the cellphone hysteria feel so much worse here than in the states? Admittedly, my only experience is Western Oregon University, a school whose humble size may help explain its supposed relative respectfulness, but what could be so different between Irish and American students?  Surely American students aren’t more invested in their education than their Irish counterparts? But seeing so many of my fellow classmates openly ignoring their educators in favor of snapchat and instagram is very disheartening. 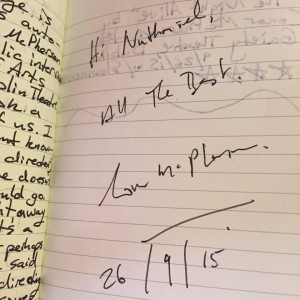 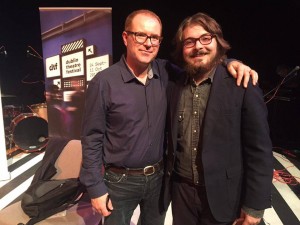 Remember when I mentioned how much of a fan of playwright Conor McPherson I am? Well on Saturday I got to meet the man. Shannen and I attended a live interview hosted by RTE for the Dublin Theatre Festival in which McPherson discussed his newest play “The Night Alive,” a production of which (directed by the playwright) will be showing here in Dublin at the Gaiety Theatre as part of the aforementioned festival. At the end of the talk, which was both informative and entertaining (McPherson spoke very candidly about his writing and his process, and seems like a genial, “down-to-earth” sort of guy), the floor was opened to questions from the audience. While my hand had been raised since the beginning, I was never chosen, that is until a second call for “just one more question,” at which point McPherson pointed to me, having apparently taken notice of my patience. I asked my question, and he answered it. How surreal. And if all of that wasn’t cool enough, afterwards I waited in line to shake the man’s hand and get his autograph. HIS AUTOGRAPH. Most of my friends don’t even know who this guy is, and I’m over the moon about his autograph. Talk about celebrity worship. Yeesh. Anyway, it was a good day. Here’s a link to the audio of the interview. 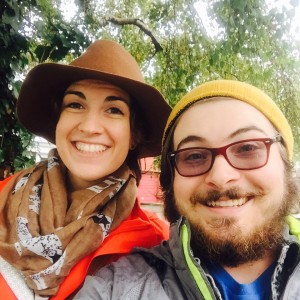 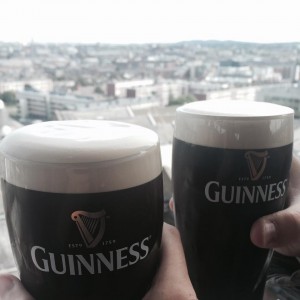 This is my first blog post, and as I understand it, I’ve fallen somewhat behind. I will, however, remedy that with one post -this post- that will cover all the necessary business I have so far neglected, i.e pre-departure as well as my arrival. And from here on out I will keep up-to-date entries every week detailing the various goings on here in Dublin, Ireland, my home for the next eighty or so days. Luckily I’ve been keeping a small journal on me at all times, and will be able to transcribe my actual notes from the last (quite eventful) ten days here on my blog. Sound good? Cool.

My name is Nathaniel Dunaway. I’m twenty-two years old and I’m from Prineville, Oregon. It’s a small town located smack dab in the center of the state, at the edge of the High Desert. People associate Oregon with rain, but where I’m from its dust and sunshine and cowboy boots, year round. I attend Western Oregon University, where I study theatre and film. I hope to someday soon have a career in both. I am an amateur film director and playwright, as well as co-founder of Body in the Window Seat, an independent film production company. Since 2013, we have produced three feature length independent films.

Now all of this is necessary information because it all lends some explanation to why I’m currently writing this while seated at a generic dormitory-style ikea desk inside a student housing complex in Dublin, Ireland. My being here in Ireland is the culmination of a lot of hard work, stress, and patience on the part of myself and my girlfriend Shannen Brouner, who is right now just on the other side of that wall right there. It is a victory for us to be here, no doubt about it. Ireland was not a random choice for me, or a second choice, or a hard choice, or even really a choice at all. I’ve always felt a strong personal connection to Ireland, and though part of it is my genealogical heritage (my grandpa D.L. Bryant always said that our ancestors came to America on a prison vessel from Ireland, and that very well could’ve been the truth), a stronger connection exists beyond my familial bond. It’s a connection to words; to stories. Irish theatre is the best that has been produced anywhere in the world (in my opinion, of course); George Bernard Shaw, Oscar Wilde, Sean O’Casey, Samuel Beckett, Richard Brinsley Sheridan, Lady Gregory, John B. Keane, W.B. Yeats, Marina Carr, John Millington Synge, Conor McPherson, Martin McDonagh, Dion Boucicoult, and that’s just the playwrights! If we include novelists, mention must be made of James Joyce and Bram Stoker. Nearly all of these writers have impacted my life, whether in high school or college, and they’ve helped to create this bond I feel toward the Emerald Isle.

The only mention I make in my journal concerning the trip prior to its undertaking is from June 17 of this year. It goes like this:

“I’m terrified that something is going to prevent Shannen and I from going to Ireland this fall, but I’m staying optimistic. I really want this to work out.”

Well bud, looks like it worked out. There’s not a whole lot more I can say in regards to my feelings during the pre-departure phase of this adventure. I was terrified. I still am. But I’m here. That’s the important thing. I’m here. I’m here with Shannen, in Ireland. We made it. What did I expect from Ireland? I have no idea. I guess rain, and Irish accents. I expected school to be difficult and clothes to be expensive, neither of which are true. I expected to feel lonely, and I do sometimes. I expected the opportunity of a lifetime, and I’m living it.

Its breakfast time here in Dublin. Shannen and I arrived mid-afternoon yesterday on a flight that has been dubbed the Notorious Flight from Philly. After a six hour delay, we were finally in the air, and after another six hours of flying, we landed safe and sound in the sunshine of Dublin. After standing in line for immigration (during which an ugly-as-sin Aussie meathead passive-aggressively cut in line ahead of us), Shannen and I braved the interrogation of the polite yet intense immigration officer.

He issued us our 90 day stamp on our passports and we were on our way. On site coordinator John Hayes met us outside of the terminal. John is an immensely friendly man with an impressive beard. He led us briskly to our shuttle, which carried us to our home away from home: Shanowen Square. There, we met our roommates. Our roommates are also from the states. There’s Zach from Colorado and Hannah from California.