On Saturday Naomi and I went to Independence Park, which is two blocks over from my house. The entire park is about ten city blocks put together and was gorgeous. While just walking around looking for stuff to do, we ran into these little guys! 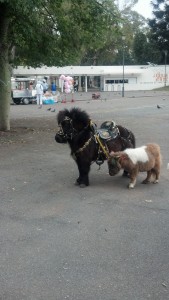 After walking around for a while we found the Argentina Municipal Museum. They were so excited two Americans wanted to look at their museum, they even took us to a special exhibit that’s usually closed to the public to show off! They have Meradona’s jersey there along with some old jerseys of Messi which I was enjoyed. 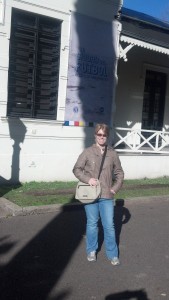 Outside of Rosario’s soccer museum

After the soccer museum, we met up with Katerina who wanted to try Argentine McDonalds. Here, it’s considered pretty high quality food, and their McCafe was an actual café! Overall it was pretty interesting to see how different it was compared to the McDonald’s in the US. 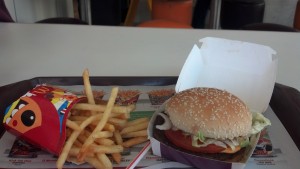 I got to watch Brazil loose amazingly to Germany. When I turned on the tv, I had to double check the score to make sure I was seeing it right. Losing 7-1 in the semifinals? An incredibly embarrassing moment for Brazil. And while they host the World Cup on top of it! We all felt pretty smug that the US has only lost by 1, whereas Brazil was destroyed.

On Wednesday I played soccer in the park with a couple kids from the university. I turn out to actually be pretty good! Afterwards we all went to a bar to watch Argentina play the Netherlands to advance to finals. 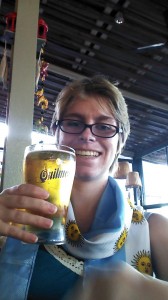 In case you didn’t know, Argentina advanced. We lost it in the bar, everyone was jumping up and down hugging each other and screaming. Then we went with everyone else to party in the streets. There was basically a parade of people heading towards the Monumento de Bandera where a massive party was taking place. We all joined in the party, dancing and chanting along with everyone else. Even more amazing they set off fireworks!

There is no better time to be in Argentina than during the World Cup! This is the first time in twenty years they’ve advanced to the finals so it’s very exciting! I can’t wait until they win! 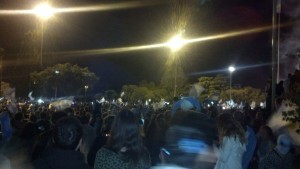 Vamos Argentina! Party at the monument!

Well, today was a bit difficult. I had three tests today and was pretty fried once all was finished. So afterwards I went to the Cathedral in Argentina to pray for good grades. Just kidding, I’d been planning on heading inside since week one.

It was gorgeous, a wonderful experience. They just recently celebrated the 200th anniversary of the Cathedral which was great to learn about while there. I was quite pleased we made it all the way down to see it. 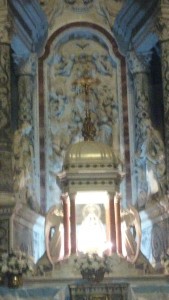 Image from the Cathedral in Rosario.

And tomorrow I get to go see the other religious site of Argentina-the soccer stadium!

I found a video on youtube that explains my feelings on the entire World Cup. It was done by John Oliver, so not only is it informative, it’s also pretty funny.