A Club Sport is a student-led organization established through the Campus Recreation Department.  Club Sports are designed to serve those that have an interest in committing to an organized sport while at WOU. Club Sports can be recreational, or instructional in nature. However, most WOU Club Sports are competitive and represent Western Oregon University in intercollegiate competition. Club Sports teams regularly participate in scheduled practices, may employ part-time coaches, and many compete against other schools across Oregon, the Pacific Northwest, and the nation.

Additionally, Club Sports provide students-officers with a unique learning experience that allows for the development of skills such as team leadership, public relations, fundraising, budgeting, and scheduling. Involvement in a group and team setting creates opportunities to enhance the student´s overall experiences at Western Oregon University.

For more information about each Club Sport, and to join a team go to www.imleagues.com/WOU and click on the “CLUB SPORTS” tab.

What is the difference between Intramural Sports, Club Sports & NCAA Athletics?

Intramural (IM) teams are organized by, and comprised of, students, faculty & staff.  These teams compete against other WOU IM teams in leagues or tournaments organized by the WOU Campus Recreation Department. IM teams typically do not have coaches or regularly scheduled practices. IMs are a “low key” way to participate in organized sports with friends, roommates and/or classmates.

Under the guidance of the Campus Recreation Department, Club Sports teams are managed and run by the teams’ elected student officers. These officers are responsible for adherence to their league or national organization rules, coach selection, travel planning, fundraising, scheduling practices and purchasing equipment/uniforms. Club Sports bridge the gap between Intramural Sports and Intercollegiate Athletics as they are still primarily student-lead but offer the opportunity to represent WOU in intercollegiate competition and compete for conference, regional and national championships.

Tier I
Generally speaking, Club Sports in Tier I compete against other Universities/Colleges in formal competition, or perform publicly (i.e. Dance Team).

Tier II
Club Sports in Tier II conduct sport activities with an emphasis placed on recreation and socializing around a common sports interest.

Player of the Year

Rookie of the Year

Annual Renewal
Each club´s classification will be reviewed annually and reflect the club´s overall activities and operations. The classification of each club is independent of their membership status/privileges. Each club is a sponsored student organization under the administration of the Campus Recreation Department. Participation in the club is not a right and privilege may be revoked at any time. 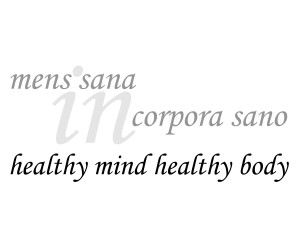