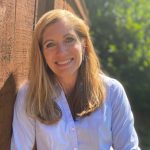 Dr. Chrystal Bruce (PI) is the CoPI on a $1.3 million Department of Education First in the World grant at John Carroll University, a member of the MERCURY consortium where she has organized Faculty Mentoring Networks, and the chair of the ACS Physical Chemistry Exams Committee.  Dr. Bruce brings experience in faculty development and mentoring networks.

Dr. Patricia Flatt (PI) is a Professor of Chemistry at Western Oregon University. She has served as a Vertical Leader for the Chemistry Alliances in a previous NSF ADVANCE grant award (Advancing the Careers of Women in STEM at Predominantly Undergraduate Institutions through Professional Networks; ASAP #1107034) where she coordinated and led peer-group activities. At WOU, she has served as the PI on a collaborative grant with Oregon State University to develop a STEM Scholars Center for Diversity and Excellence at WOU for the advancement of women and underrepresented minority students pursuing STEM degree paths. Currently, Dr. Flatt is serving as the Coordinator for the STEM Scholar’s Center and has been working to institutionalize key programmatic elements from the pilot grant to increase student recruitment and retention within STEM .

Dr. Sarah Kirk (PI) is the Senior Associate Dean for Faculty Development and Professor of Chemistry at Willamette University. In this role, she works to enhance structures to better support faculty throughout their careers at Willamette. Kirk provides leadership training, coordinates the faculty mentoring program and faculty development workshops, and supports diversity and equity initiatives within the college. She has done significant work re-envisioning both Shared Governance and Faculty Governance at Willamette University. Kirk also serves as the STEM Administrator on an NSF-S-STEM grant which addresses barriers impacting the retention of underrepresented students in the STEM fields at Willamette University. She is also the newly appointed Director of the First Year Experience. She earned a PhD in Chemistry from the University of California, San Diego. She enjoys being outdoors and spending time with family.

Dr. Elizabeth Roberts-Kirchhoff (PI) is an Assistant Dean for Academics and Professor of Chemistry and Biochemistry. For 10 years she worked with faculty as Director of Assessment. More recently she is the Institutional Core Director on the NIH Building Infrastructure Leading to Diversity (BUILD) ReBUILDetroit grant, a collaboration between Wayne State University and University of Detroit Mercy to increase the number of underrepresented students in biomedical research careers.

Dr. Hala Schepmann (PI) is Professor of Chemistry and Chair of the Chemistry Department and Physics Program in the STEM Division at Southern Oregon University.  Dr. Schepmann co-founded and leads a university faculty alliance that supports the advancement of women and other underrepresented faculty groups.  Through her leadership, this group’s efforts have resulted in the formation of a faculty ombuds office, dual-career supports for faculty and staff, tenure and evaluation clock extension policies, promotion criteria that led to an increase in associate professors standing for promotion, distinguished teaching and service faculty awards, workplace flexibility policies, a university-wide sick leave sharing policy, and a faculty mentoring program.

Dr. Victoria Turgeon (Senior Personnel) –  earned her biology degree from Randolph-Macon Woman’s College in 1993 and her PhD in Neurobiology & Anatomy from Wake Forest University in 1998.  Later that year, Dr. Turgeon joined the Biology Department at Furman University where she has worked for over 20 years teaching introductory and major-level courses such as Cell Biology, Microanatomy, Human Anatomical Systems, and Comparative Anatomy. After being promoted to Full Professor, Dr. Turgeon took on the directorship of the interdisciplinary neuroscience major.  Currently, Dr. Turgeon serves as the Director of the MS in Community Engaged Medicine and serves on the board for the South Carolina Spinal Cord Injury Research Fund.  Dr. Turgeon has received awards in recognition of teaching excellence and mentoring from her university and from the state of SC.  Having mentored over 80 undergraduate researchers, Dr. Turgeon is committed to providing engaging independent research experiences for her students.

Dr. Mary Katherine Watson (Senior Personnel) –  is currently an Associate Professor of Civil and Environmental Engineering at The Citadel. She earned BS and MS degrees in Biosystems Engineering from Clemson University in 2007 and 2009, respectively. Afterward, she earned her PhD in Environmental Engineering at The Georgia Institute of Technology in 2013. Upon arriving at The Citadel in 2013, Dr. Watson was the first female faculty in the School of Engineering. She enjoys and has invested significantly in the development of her undergraduate students, serving as past faculty advisor for the Society of Women Engineers, the American Society of Civil Engineers (ASCE) Concrete Canoe Team, and two study abroad trips to Italy. In addition to the ASCEND project, Dr. Watson leads two active NSF grants in the area of engineering education. She is the Principal Investigator (PI) on a Scholarships in STEM grant focused on recruiting and retaining diverse, high-performing, low-income civil engineering students. Also, she serves as a Co-PI on a Research in Engineering Education grant focused on developing and assessing students’ cognitive flexibility in the domain of sustainable engineering. Dr. Watson is the proud recipient of seven teaching awards and six best paper awards awarded by regional, national, and international organizations. She was previously named the Young Civil Engineer of the Year by the South Carolina Section of ASCE (2016) and currently serves as an Associate Editor for the Journal of Civil Engineering Education.