Graciela Lacueva is Professor Emeritus of the Physics Department at John Carroll University, where she works as a Condensed Matter Physicist.  She was chair of the Physics Department, Interim Dean of the College of Arts & Sciences, and the inaugural Associate Dean of Science, Mathematics, and Health. In this last role she sought to create a cohesive identity for STEM at JCU, increase collaboration, improve facilities, and help with faculty development.   She founded and co-chaired the Faculty of Color Organization at John Carroll. She was the director of two Great Lakes Career Internships grants; these grants allowed students in need to receive paid internships. She was CO-PI of a First in the World grant, an S-STEM grant, and an ADVANCE grant.

Becky Wai-Ling Packard is Professor of Psychology and Education at Mount Holyoke College where she has been on the faculty since 1999. Packard is an expert in the area of strategic mentoring and the persistence of individuals from diverse backgrounds in higher education, to include first-generation college students, community-college transfer students, nontraditional students, people of color, and women in technical fields. Her research has been supported by grants from the National Science Foundation and Google. In 2005, she was recognized by the White House with the Presidential early Career Award for Scientists and Engineers (PECASE), the nation’s highest honor for early career scientists and engineers. As a campus leader, she has served as associate dean of faculty, founding director of teaching and learning, and director of leadership. In Spring 2018, Packard served as a Chancellor’s Leadership Fellow-in-Residence at the University of Massachusetts Amherst to contribute to campus equity initiatives. During the 18-19 academic year, she is a faculty fellow at the University of Michigan Ann Arbor to work on inclusive climate in STEM departments. A translator of research into practice, Packard is the author of Successful STEM Mentoring Initiatives for Underrepresented Students: A Research-Based Guide for Faculty and Administrators” published by Stylus and she has visited more than 60 campuses to lead sessions on mentoring and inclusive climate.

Dr. Florastina Payton-Stewart is the inaugural Faculty Administrative Diversity Fellow for Diversity & Inclusion and an Associate Professor of Chemistry at Xavier University of Louisiana.   Dr. Payton-Stewart is a professor, mentor, and advisor to students as well as junior faculty. She has dedicated her career to exposing and nurture individuals and undergraduate students interested in pursuing careers in STEM.  Dr. Payton-Stewart is a synthetic organic chemist with experience in both academia and industry.  She has trained and mentored several undergraduate students and post-baccalaureate researchers.  Her research has been funded in part by the National Institutes of Health (NIH), the National Science Foundation (NSF) and Department of Defense (DOD).  She currently serves as the Faculty Administrative Fellow for Diversity & Inclusion for the XULA STrIDES NSF ADVANCE grant.  Her work focuses on identifying, implementing and supporting institutional transformation centered on diversity, equity and inclusion initiatives.  She is a member of the National Institutes of Health (NIH) Scientific Workforce Diversity Advisory Committee to the Director (ACD); a Keystone 2017 Fellow; a 2017 alumna of HERS, and 2018 an alumnus of the AAC&U PKAL STEM Leadership Institute.

John Wheeler joined the Chemistry Department at Furman University in 1991.  Over his 28 year career,  he has mentored over 130 undergraduates and 20 M.S. students conducting research across a broad range of bioanalytical, environmental and forensic applications, publishing  more than 30 articles supported through grants from NSF, ACS-PRF, Research Corporation, and the Camille and Henry Dreyfus Foundation.  Dr. Wheeler has been named as a Henry Dreyfus Teacher-Scholar, received Furman University’s Meritorious Advising Award in 2013, and was honored as the recipient of the South Carolina Governor’s Award for Excellence in Scientific Research at a Predominantly Undergraduate Institution in 2015.  He was Interim Director for the SC EPSCoR/IDeA State Office from 2015-2016, and currently serves as co-PI and Workforce Development Director for NSF’s “Materials Assembly and Design Excellence” EPSCoR Track-1 award to South Carolina.  Since 2005, Dr. Wheeler has directed numerous student/faculty research and science education initiatives, establishing Furman’s Office of Integrative Research in the Sciences in 2008 and serving as the institutional PI/PD for > $10M in programmatic awards from NIH, NSF, HHMI, Merck/AAAS, and the Sherman Fairchild Foundation. In 2017, Dr. Wheeler was named as Furman’s inaugural Associate Provost for Integrative Science.  He regularly participates as a program/grant reviewer for organizations including NSF, The Murdock Trust and the Council on Undergraduate Research. 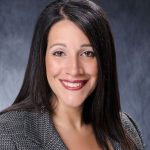 Karinna M. Vernaza, Ph.D. Dr. Karinna Vernaza is the dean of the College of Engineering and Business at Gannon University and a professor of Mechanical Engineering. She started her tenure at Gannon in 2003.  She  has authored more than 40 peer-reviewed publications centering on high-strain deformation of materials and engineering education. Recently, she has focused on systemic strategies for the retention and advancement of STEM faculty and students, and academic interventions to improve student success. She is currently the Principal Investigator of a $1 million dollar National Science Foundation S-STEM award (2017-21), and she has secured over $2.5 million dollars in grants during her tenure at Gannon University.  Vernaza is active in the Erie community and beyond.  She serves on the board of directors for the Experience Children Museum, Erie Technology Incubator and Pre-engineering Occupational Advisory Board in Erie High School. She servers in the Executive Board of the American Society for Engineering Education North Central Section and as faculty advisor for the Society of Women Engineers Gannon Collegiate Section.